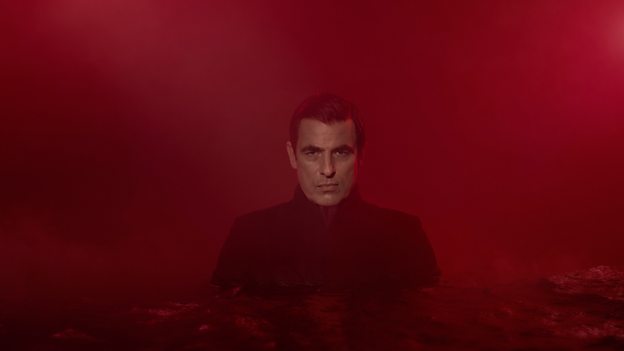 The makers of Sherlock bring you a brand new take on the most famous vampire of them all: the magnificent, brooding, deliciously deadly Count Dracula.

Episode one: The Rules Of The Beast

1897. English lawyer Jonathan Harker travels to Transylvania to meet a new client - and a legend is about to get fresh blood...

This is the tale of a terrifying, maze-like castle, of undead Brides, and a vampire Count whose ambition is to conquer the new world.

Dracula is a co-production between BBC One and Netflix.