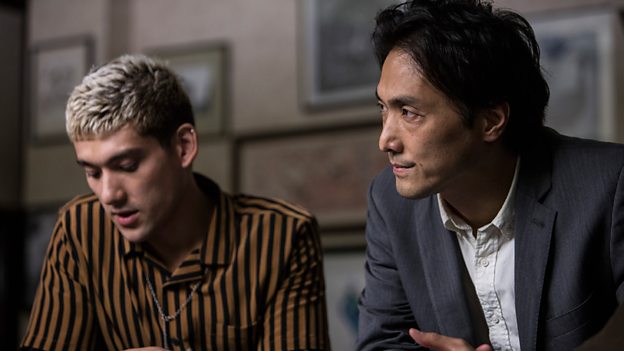 Confirmed for BBC Two on 17 October at 9pm to 10pm

World-weary detective and family man, Kenzo Mori (Takehiro Hira), travels to London in search of his younger brother, Yuto (Yosuke Kubozuka) - long believed to be dead, but now rumoured to have reappeared in London.

Once a troubled but sweet, much-loved kid, Yuto is now wanted for the vicious killing of a yakuza boss’s nephew, a declaration of war that threatens to tear Tokyo apart. The family’s honour, and the fragile peace between the warring gangs back home rest on Kenzo’s ability to bring his brother home.

Cut adrift from all he knows in London, Kenzo searches a strange city for the truth: is Yuto really alive? If so, is he behind the cold-blooded murder that ignited the violence now sweeping across Tokyo - and, Kenzo secretly fears, could he be responsible for the monster Yuto may have become?

Kenzo’s search catches the attention of two fellow lost souls: DC Sarah Weitzmann (Kelly Macdonald) - an ostracized police officer who is part of the official investigation into the crime that brought Kenzo to London, and gregarious, half-Japanese rent boy Rodney (Will Sharpe).

They’re outsiders on the inside and two unlikely allies to Kenzo. However, not everyone in London wants Kenzo around, and as he closes in on Yuto’s ghost we realise there are people in London and Tokyo prepared to do anything to keep him from the answers.