Rise Of The Nazis 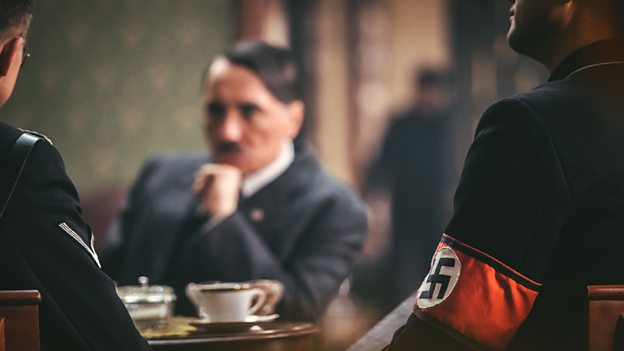 Confirmed for 2 September at 9pm to 10pm

A powerful three-part forensic examination of how Germany turned from a liberal democracy into a brutal murderous dictatorship in just four years.

In 1930 Germany was a liberal democracy, but just four years later the country is ruled by a dictator and its government is in the hands of murderers. Rise Of The Nazis is a powerful three-part forensic examination of what happened in those four short years. The series reveals that the Nazification of Germany was as much about ruthless personal ambition and a desire to hold onto power by more moderate politicians as it was about extreme ideology.

The series will also expose the power struggles between prominent Nazis which helped transform Germany into a brutal police state, allowing Hitler to transform himself from Chancellor to all-powerful Führer of the Third Reich.

Along with dramatic reconstruction and archive footage, historians and experts, including Professor Sir Richard Evans, General Sir Mike Jackson, Baroness Helena Kennedy QC, and Ash Sarkar, take viewers inside the heads of the historical characters who were key players, and pick apart the events in the Nazis’ rise to power.

Each episode also reveals one of the many resistance stories, acting as a reminder that there were those who understood what was happening and were prepared to act.

In a political climate that is dominated by concerns about the rise of populism, nationalism and disunity, this series is also a timely look at the fragility of democracy.

The first episode takes us into the corridors of power, where Germany’s populist firebrand Adolf Hitler sees an opportunity to use the political turmoil of a hung parliament for his own ends. This sets off a chain of miscalculations by opponents, backroom deals and power grabs that will send Hitler from the fringes of politics into the heart of government.

Hitler wants to become absolute leader of a single-party German state. Standing in his way is democracy and the rule of law. After leading a failed coup in 1923 Adolf Hitler decided on a new strategy for taking power. Instead of being revolutionaries, the Nazis will become a mainstream political party, operating under the veneer of legality.

To achieve his goal Hitler must overcome Germany’s political elite, including Paul von Hindenburg, the President who looks down on him. Behind the scenes, political mastermind and right-wing political rival Kurt von Schleicher decides he wants to use Hitler for his own ends.

Whilst this political intrigue plays out at the highest level of government, Hitler faces another obstacle at ground level: a Jewish lawyer called Hans Litten who is out to prove that the Nazis are far from the legal, legitimate party they claim to be.