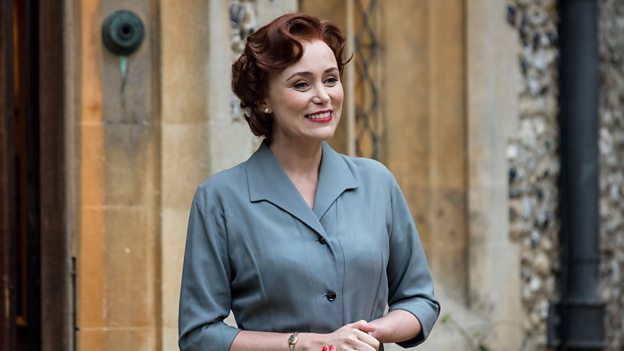 Set in the UK during the tumultuous summer of 1958, Summer Of Rockets follows Samuel Petrukhin, a Russian-born Jewish inventor and businessman, who specialises in manufacturing hearing aids. Following the Soviet’s launch the first intercontinental ballistic missile, and the start of the Space Race, fear permeates the lives of all.

1957. The Petrukhin family attend the Goodwood races where they meet Kathleen (Keeley Hawes) and Richard Shaw MP (Linus Roache). When their eight year-old son Sasha Petrukhin (Toby Woolf) wanders off, there is a frantic search and Kathleen eventually finds him. Over lunch, Sasha falls ill and is rushed to hospital with appendicitis.

A few months later, Sasha is preparing to go to Downham House boarding school. His 17 year-old sister Hannah ( Lily Sacofsky) is soon to be presented as a debutant to the Queen at Buckingham Palace, yet she can’t help but question the futility of learning how to courtesy in a world that is shaken by the threat of the atom bomb. Both Sasha and Hannah dread their near futures.

Kathleen unexpectedly visits Samuel Petrukhin (Toby Stephens) at his hearing aid business as she is hoping he will have a suitable device for her aunt. He shows her his latest invention, the staff locator - a new piece of equipment that will revolutionise the way people communicate within hospitals and other businesses.

In preparation for her London debutant season, Hannah begins etiquette classes. She is meant to be in Miss Laidlaw’s class - the A Class - but chooses to attend the more casual B class run by Nicholas Halliday (Matthew James Thomas).

Samuel and his colleague Courtney (Gary Beadle) become suspicious when they realise they are constantly being followed by several men as they attend hearing aid fittings.

At half term, the Petrukhins attend the Shaw’s for lunch where they meet Lord Arthur Wallington (Timothy Spall). Samuel explores the garden and discovers something curious.