Me, My Selfie And I with Ryan Gander 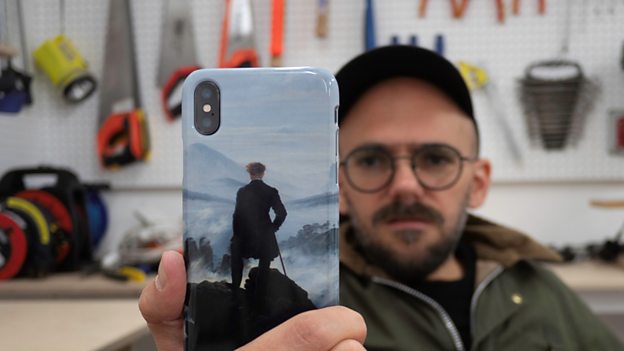 Celebrated conceptual artist Ryan Gander reckons that nothing symbolises the times we live in better than the selfie: the icon of a new kind of self-regard that hardly existed just ten years ago.

But, as he discovers, its roots go back hundreds of years before smartphones, and this uniquely 21st century phenomenon is just the visible tip of a much much bigger iceberg - a radical reinvention of who we are powered by the very latest digital technology. It has not just changed how much we look at ourselves, but also transformed what we see in the screen when we do.

In the age of social media, when we are told to be our best selves and live our best lives, what does that really mean, and what is it doing to our sense of self?

To find out, Gander is off to meet a selection of 'modern selves' living in the UK, Silicon Valley, and Arizona, who are redefining what it means to be us now, and in the future: from one of You Tube’s brightest stars to a would-be android, and from a virtual hermit hiding out in Welsh woodland to a wannabe influencer dancer longing for likes, via a celebrity in love with Twitter and dealing with hate, and a real-life company that promises to cheat death.

Me, My Selfie And I with Ryan Gander (w/t, 1 x 60") is a Swan Films production commissioned for BBC Arts and BBC Four by Mark Bell. It was produced and directed by Sam Anthony. The Executive Producers for Swan Films are Neil Crombie and Joe Evans.