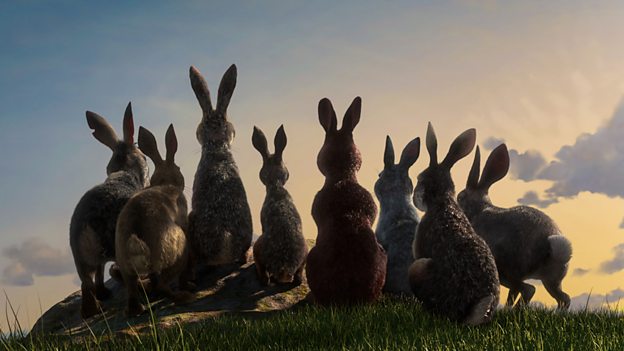 Airing as two special feature-length episodes this Christmas, BBC One’s star-studded new adaptation of Watership Down uses Richard Adams’ bestselling novel as its source to bring an innovative interpretation to the much loved classic.

Adapted for the screen by Tom Bidwell and directed by Noam Murro, this tale of adventure, courage and survival follows a band of rabbits as they flee the certain destruction of their home.

Led by stout-hearted brothers Hazel (James McAvoy) and Fiver (Nicholas Hoult), the rabbits begin their journey from Sandleford Warren, through the harrowing trials posed by predators and adversaries, towards the hope of a better life.

Watership Down also features the vocal talents of:

The series was produced and developed by 42 and Biscuit Entertainment.