The Curious Cases Of Rutherford And Fry 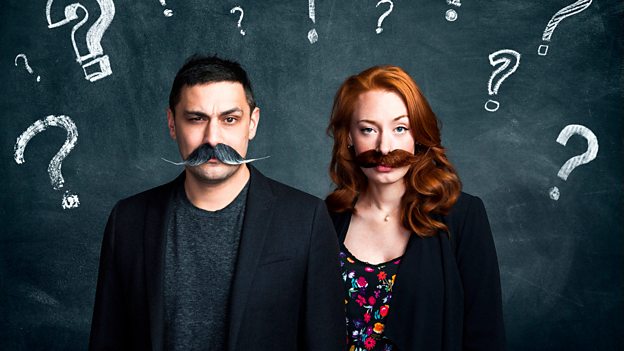 Curious Cases returns for its tenth series, culminating in the 50th case for Drs Adam Rutherford and Hannah Fry to solve.

Their first case is a question with many dimensions: "What is the fifth dimension?" asks 12 year-old Lena Komaier-Peeters from East Sussex. "I know that the first is length, second is width, third is depth and fourth is time, but no one seems to know what the fifth dimension is. I would be grateful if you found the answer."

But the idea that there could be hidden dimensions beyond our own is having a renaissance inside science. Proving the existence of extra dimensions is one of the most exciting, and controversial, areas in modern physics.

To hunt for the fifth dimension Hannah and Adam head to CERN, the scientific cathedral for new physics and quantum weirdness. They meet Sam Harper, who has spent 14 years hunting for an elusive particle called the 'graviton', which could provide a portal to extra dimensions.

Could his experiment at CERN finally discover the fifth dimension? And what would it look like?