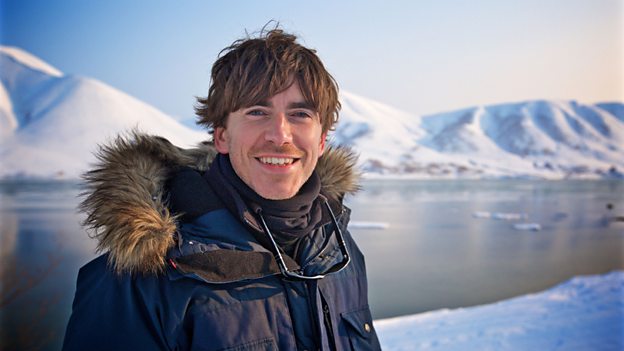 Confirmed for BBC Two on 28 September at 9pm to 10pm

On the centenary anniversary of the Russian Revolution, Simon’s journey will take him from the snow-capped volcanoes of the far east, through some of the remotest parts of our planet, to the great cities of the west, Moscow and St Petersburg.

Along the way he encounters an extraordinary cast of characters including reindeer herders living in extreme temperatures, the former traffic cop whose followers believe he is the reincarnation of Jesus, Cossack law enforcers and a cheese entrepreneur beating western sanctions. As well as braving conditions in some of most extreme places in the world, Simon and the team also experience first-hand what it’s like filming in Putin’s Russia when the team are repeatedly followed and detained by Russian authorities.

Episode one
On the first leg of his journey Simon travels across Russia’s far east, from the rugged snow covered mountains of Kamchatka to Yakutia, the coldest inhabited region in the world.

He finds himself surrounded by erupting volcanoes and in an extreme climate where the only people making a living are reindeer herders in temperatures as low as -30C. Simon meets the indigenous people whose way of life is now threatened by changes to the climate.

Outside Vladivostok, Russia’s great eastern port, Simon investigates the growing influence of China in the area. But in this hugely sensitive region the crew soon realise they are being followed. More than once they are stopped by police and later detained without explanation.

Passing through the Boreal Forest, which is one of the lungs of the planet and home to the Amur Tiger, Simon meets the inspirational conservationist who runs a sanctuary to protect this endangered and iconic Russian predator. Whilst in a town at the centre of the timber trade, Simon learns that Russia is said to have the largest hidden deforestation in the world - however the crew’s exit from the region ends up being a little sooner than expected when the Russian authorities once again take a close interest in filming.

Simon’s final destination is the heart of Siberia and the remote Batagay Crater, a giant mega slump that has appeared in the thawing permafrost. As it thaws it releases large amounts of methane, a much more powerful greenhouse gas than carbon dioxide. If, as scientists fear, the melting permafrost across Russia and the Arctic releases large amounts of methane into the atmosphere, it could have a devastating impact on our world.