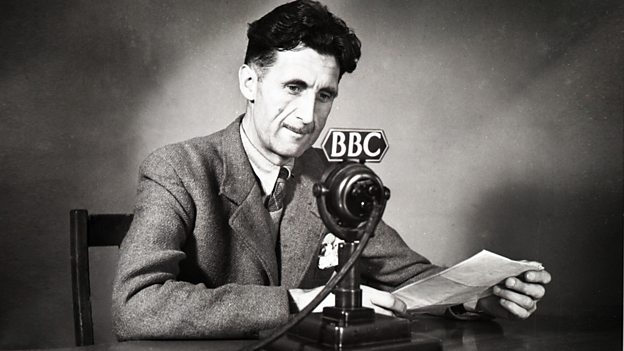 Sitting in his Hertfordshire garden in 1940, Orwell eyed the bombers overhead and began to write England, Your England - the first part of his fighting book The Lion And The Unicorn: Socialism And The English Genius - a rallying-cry for a revolutionary patriotism in the face of the Nazi threat.

Orwell’s hopes for left-wing patriotism have often been invoked, and still are today - sometimes to insist that the left once knew how to appeal to patriotism.

Patrick Wright visits the writer's former Hertfordshire home (just down the road from Manor Farm of Animal Farm fame) to launch his second series of programmes exploring the way English identity is so often defined and clarified when under threat.

He talks to Orwell scholar Robert Colls, as well as people who find Orwell's argument about a thread linking disparate groupings of English people to be a potent symbol for what might have been and what might yet be again in spite of a fracturing of vision as expressed in the Brexit vote last year.

Postman and writer CJ Stone, screen-writer Lissa Evans and former MP Michael Wills also share their thoughts on Orwell's "characteristic fragments" and his famous lines about returning to England from any foreign country and having "immediately the sensation of breathing a different air".

Is that air still there to be inhaled or are Orwell's visions and arguments no longer valuable contributions to the debate about what it is to be English?