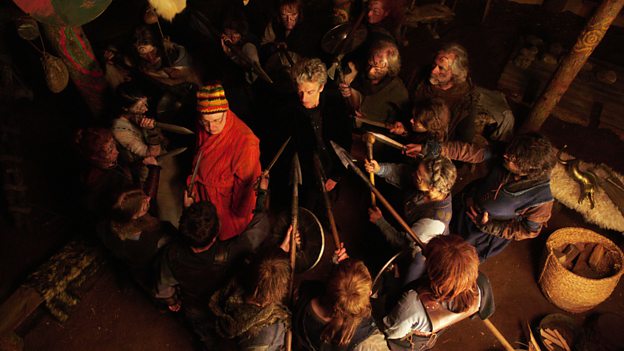 The Eaters Of Light. Written by Rona Munro and directed by Charles Palmer.

A long time ago, the ninth legion of the Roman army vanished into the mists of Scotland. Bill has a theory about what happened, and the Doctor has a time machine. But when they arrive in ancient Aberdeenshire, what they find is a far greater threat than any army. In a cairn, on a hillside, is a doorway leading to the end of the world…

The Doctor is played by Peter Capaldi, Bill by Pearl Mackie and Nardole by Matt Lucas.