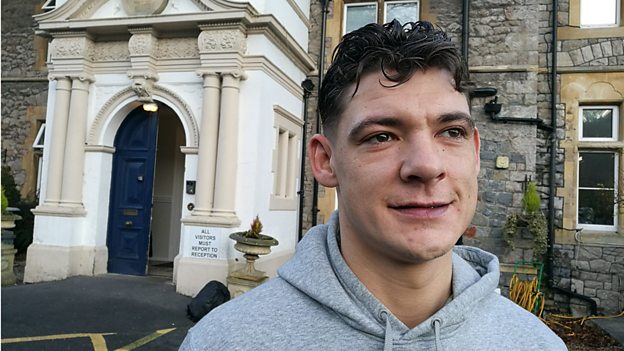 Going behind the doors of the private world of a residential rehabilitation centre in Somerset, this powerful documentary uncovers what is done to help people beat their addictions and start rebuilding their lives, through a series of intimate encounters at Broadway Lodge.

From Phillip Wood, the film maker behind the acclaimed documentary Chasing Dad: A Lifelong Addiction, we meet people who come from different situations and parts of the UK who all have one thing in common: to seek a new beginning here. Observing the relationships formed between staff, clients and their families, the film explores how desperate and difficult it is for people to transform themselves when funding is scarce and emotions are running high.

We first meet John, a support worker at Broadway who has been clean for 11 years, as he encounters a young homeless woman in the grip of addiction and helps her into rehab.

Craig (pictured), a father from Blackpool who is hoping to break the cycle of addiction which has plagued his family, first has to overcome deep-rooted issues; and Emily from Milton Keynes is given a second chance at rehab following a short ill-fated stint, but her difficulties present a seemingly insurmountable block.

This eye-opening film will show how some people are no longer seeking treatment simply for addiction issues - these issues may be compounded by mental health problems and specific traumas.

Rehab is commissioned by Damian Kavanagh, Controller BBC Three and Clare Sillery, Head of Commissioning, Documentaries. The production company is Rare Day. The Commissioning Editor is Danny Horan and the Executive Producer is Peter Dale.