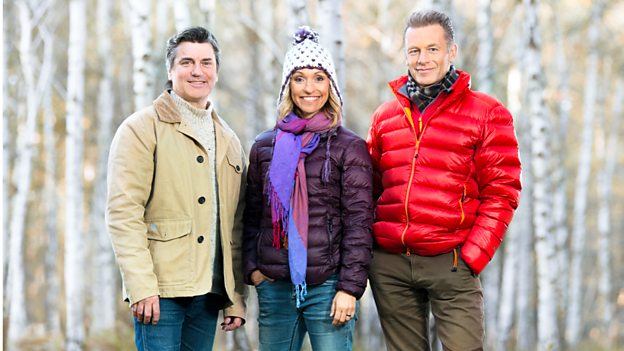 Winterwatch returns to BBC Two, with Chris Packham, Michaela Strachan and Martin Hughes-Games bringing viewers the latest wildlife news from across the country.

Winterwatch returns to the show’s Autumnwatch home at RSPB Arne in Dorset, across four days, from Monday 23 to Thursday 26 January.  RSPB Arne is situated on Poole Harbour and is officially the most biodiverse region in the UK, with more species of animals and plants within 10 miles of Wareham than anywhere else in the country.

The area is a haven for wildlife over the winter months owing to:

Winterwatch will visit many of the sites in the Isle of Purbeck (of which Arne is a part), which is an Area of Outstanding Natural Beauty, as well as Brownsea Island, which is looked after by the National Trust and the Dorset Wildlife Trust.

Remote cameras will capture the best of the wildlife on the reserve:

Meanwhile presenter Gillian Burke examines military pillboxes in Studland to explore the lives of hibernating butterflies in winter, while Martin Hughes-Games gets extremely muddy as he tries to understand the harbour's appeal for waders, particularly avocets, and has an incredible revelation.

As well as live reports from Dorset, this series of Winterwatch will feature a number of films recorded from across the UK.