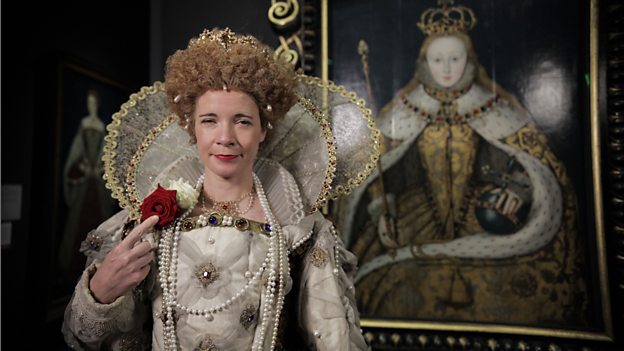 Confirmed for BBC Four on 26 January at 9pm to 10pm

Lucy Worsley explores how the history of three of Britain's founding national events are in fact carefully crafted mythologies.

The Wars of the Roses, the Glorious Revolution and the creation of the British Raj are all revealed as carefully-constructed narratives created by the victors at the time and embellished by historians, novelists and film-makers ever since.

Throughout the series, Lucy travels across Britain, the Netherlands and India to the palaces, battlefields and bed chambers where these stories were created and reinvented over the years. She also meets up with experts who shed further light on how these legends and mythologies have been woven together to create A Very British History.

The series begins with the dynastic conflict we know today as the Wars of the Roses. Lucy will explore how Shakespeare’s vision of the conflict in his history plays has fixed the way that we look at the conflict between the houses of Lancaster and York. But he based his version of events on a narrative invented and shaped by the victorious Lancastrian who went on to found the Tudor dynasty, Henry VII. Lucy reveals how Shakespeare elevated that invention into one of our most powerful national stories.