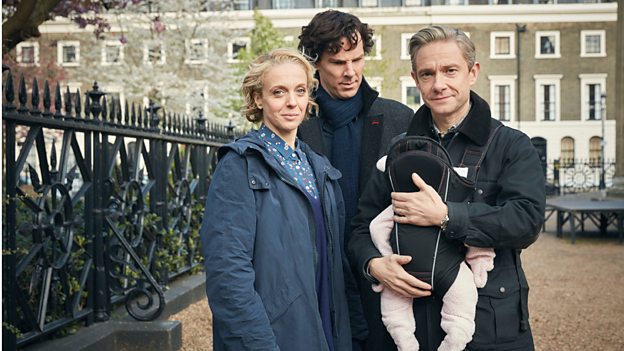 In episode one of this new series, written by Mark Gatiss, Sherlock waits to see where Moriarty will make his posthumous move.

One mysterious case in particular baffles Scotland Yard - but Sherlock is more interested in a seemingly-trivial detail. Why is someone destroying images of the late Prime Minister Margaret Thatcher? Is there a madman on the loose? Or is there a much darker purpose at work? Something with its roots deep in Mary Watson's past…