Inside The Factory: Shoes 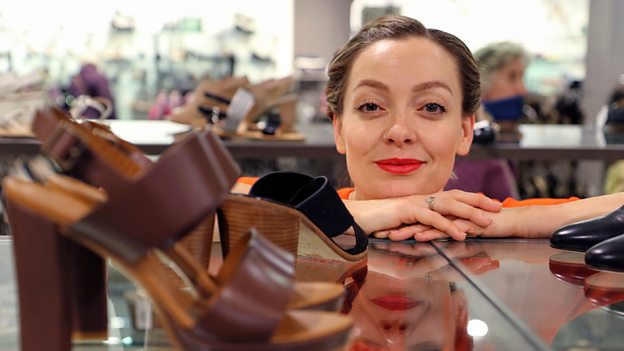 In the last episode of the series Gregg Wallace joins a human production line in New Balance’s sports shoe factory in Cumbria - the largest in the UK - to see how they produce 3,500 pairs of trainers every 24 hours, by sewing 32 million individual stitches and using 140 miles of thread.

Gregg will make his own pair of shoes and discover how they put together 27 different pieces made from eight different materials, which require auto and manual stitching and finishing with a ‘roughening’ robot and a hot oven. He’ll also meet the man who comes up with new designs, including trainers inspired by the three most popular pub names in England.

Meanwhile Cherry Healey gets hands-on in a tannery to help them process thousands of rawhides into finished leather for the nation’s shoes, and finds out how a ballet shoe company painstakingly turn 37,000 square meters of satin into a quarter of a million ballet shoes - some of which only last for one performance.

She also gets to design her own court shoes at Cordwainers College in London, where she learns how to turn creative ideas into commercial products: last year sales of women’s designer shoes topped £532 million.

And historian Ruth Goodman reveals how, when the sewing machine was first introduced into shoe factories in the mid-19th century, traditional shoemakers went on strike, rebelling against joining a restrictive production line. She also traces the surprising origins of the humble trainer to the back streets of Bolton, where in 1895 Joe Foster invented his running spike above his father’s sweet shop, and discovers that Reebok trainers were originally British.