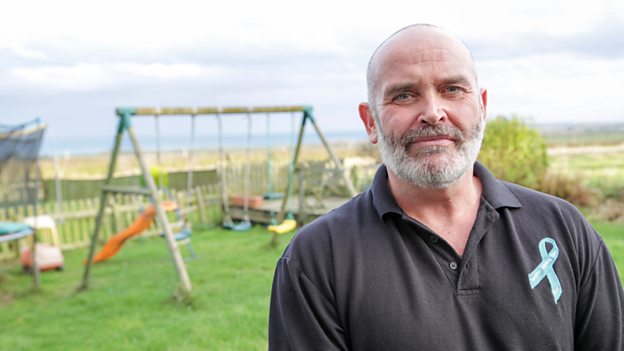 By using science to uncover their unique abilities, this series follows Britain’s most extraordinary job seekers as they seek to prove that having a neurological condition, such as Tourette’s or autism, shouldn’t make them unemployable.

At the series’ heart is a radical new emerging idea in science: that neurological conditions shouldn’t always be looked at in negative terms. By working with experts such as Director of the Autism Research Centre at Cambridge University, Professor Simon Baron Cohen, and occupational psychologist Nancy Doyle, the job seekers are shown how the strengths and unique skillsets that accompany neuro-developmental conditions can be harnessed in order to help land them their dream job.

Up until six years ago, 52 year-old Paul (pictured) was a normal dad working in a nine to five. Then, one day, everything changed. Paul developed a severe case of Tourette’s Syndrome with constant involuntary tics, including violent body jerks and offensive verbal outbursts. Despite the extreme nature of his condition, Paul is desperate to succeed at work once again and, with the help of leading scientists, Paul uncovers talents that could allow him to provide for his family. But to have the chance of success, he has to put himself in very uncomfortable - and sometimes dangerous - positions.

Thirty-four year-old Brett has autism and has been rejected from every job he has applied for over the past eight years. On first impression, Brett’s lack of work experience might not seem surprising given that he struggles to talk and has no qualifications to his name, but this series aims to look beyond first impressions to uncover the hidden talents of those on the extreme end of the neurological spectrum. After a visit to Professor Simon Baron Cohen, Brett begins to reveal his hidden talents. And when Brett finally gets the chance to showcase his autistic gifts to a potential employer, he shows there is more to him than meets the eye.