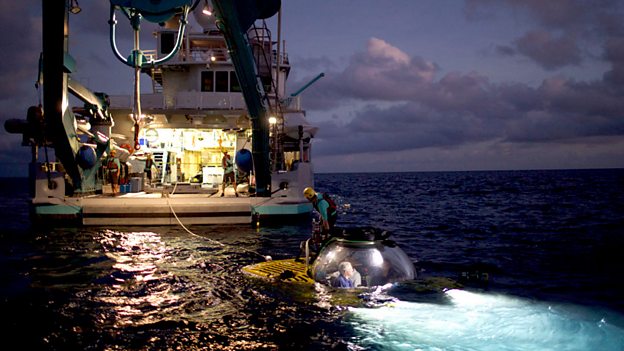 Confirmed for BBC One on 30 December at 9pm to 10pm

In 1957 David Attenborough first visited one of our planet’s most extraordinary natural wonders, the Great Barrier Reef. Shrouded in mystery and difficult to explore, this underwater paradise was somewhere he always wanted to return to. Almost 60 years on, David has the opportunity to unlock the secrets of the reef like never before, using the latest filming techniques.

Aboard the Alucia, a research and exploration vessel equipped with the latest technology, David embarks on a personal journey of discovery to understand how the reef was created and meet the animals that call it home.

In this first episode, David descends beneath the waves, at night, in the state-of-the art Triton submersible, the first of its kind to visit the reef. He meets some of the tiny coral animals who built the reef, helping to turn it into an underwater wonderland, before he takes to the skies to witness the vast scale of their endeavour, a living structure that provides a home for thousands of species. Using cutting-edge technology to generate computer scans of the sea floor, David learns that the Great Barrier Reef we know today is much younger than scientists ever imagined. He also meets some of the people who have lived alongside it, and have told stories of its origins for thousands of years.

At the beautiful Lizard Island research station David explores newly-discovered research which uncovers a complex community of animals who form remarkable relationships among the coral, from the clownfish, with its astonishing hearing, to the mantis shrimp with its unique vision. But none of this great diversity would be here if it wasn’t for one extraordinary event that happens every year, providing a spectacular finale: the annual coral spawning.