Louis Theroux: By Reason Of Insanity 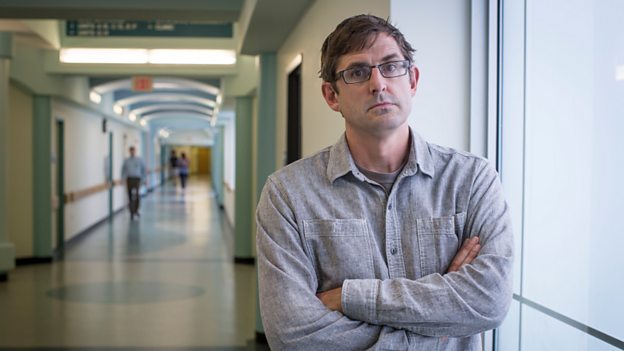 Louis immerses himself in the world of Ohio’s State Psychiatric Hospitals, meeting patients who have committed crimes - at times horrifically violent - while in the grip of severe mental illness.

They have been found Not Guilty by Reason Of Insanity and ordered by the courts to secure psychiatric facilities to receive the treatment that it is hoped will, one day, lead to their reintegration back into society.

Over the course of these two films Louis explores the nature of mental illness as he spends time with the small subsection of sufferers who have found themselves on the wrong side of the law. He bears witness to the extremes of the human condition and experience in an attempt to understand how society cares for some of its most vulnerable and most dangerous members.

In the first episode of this two-part series, Louis spends time with patients attempting to come to terms with their crimes and the clinicians entrusted with helping to make them safe. And he investigates the difficult question - when is a patient with a serious crime in their past ready to be returned to the outside world?

Part 2 of By Reason Of Insanity will be broadcast on BBC Two on Sunday 29 March.