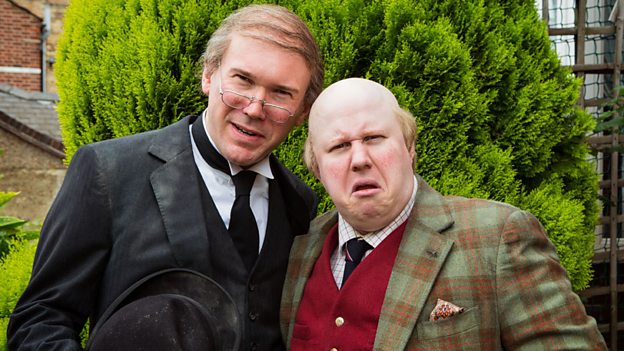 Pompidou, his butler Hove, and their Afghan Hound Marion are hungry. There’s no food in their caravan and no money either. A desperate attempt to find something to eat sees Hove end up in a sticky situation. It’s up to Pompidou to get him out.

Pompidou, Hove and Marion are broke and hungry. Albert, a fisherman, comes by the caravan asking for directions to the lake which gives Pompidou an idea - if they go fishing they’ll have something to eat. Pompidou and Hove join an unimpressed Albert fishing at the lake where Pompidou is, as expected, useless. While Albert snoozes there’s a tug on his fishing rod. So Pompidou orders Hove to quietly reel in the fish, but Albert, while dosing, snuggles up to Hove as he tries to grab the fishing rod. Albert wakes and shocked at the sight of Hove pushes him in the lake!

Hove and Pompidou leave empty-handed and still very hungry. Spotting a bird in a tree, they attempt to entice it down with a juicy worm. But, the bird flies into Hove’s open mouth and into his belly. Cue Hove and Pompidou rushing to hospital. At the hospital, the receptionist implies it might be weeks until Hove is operated on, which gives Pompidou an idea. The Nurse discovers Hove missing from his bed and the doctor sound asleep in Pompidou’s. Pompidou, now dressed as the doctor, is in the operating theatre playing surgeon. He cuts Hove open and the bird is released!

Back at the caravan, Albert, feeling bad for pushing Hove into the lake, brings him a fish as a peace offering, but the fish wriggles and jumps straight into Hove’s mouth!

Pompidou is played by Matt Lucas and Hove is played by Alex MacQueen with a guest appearance from Roy Barraclough.