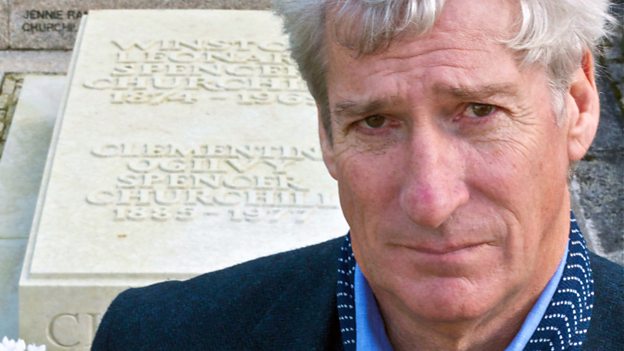 Confirmed for BBC One on 28 January at 9pm to 10pm

On the 50th anniversary of Winston Churchill’s death Jeremy Paxman tells the story of the magnificent send-off which Britain gave to the man who led the country to victory in the Second World War.

More than a million people came to line the streets of London on the freezing day in late January to pay their respects, as his coffin was taken from the lying-in-state at Westminster to St Paul’s Cathedral; millions more watched the State Funeral on television.

Churchill was the only commoner in the 20th century to receive the honour of such a magnificent ceremony. In the one-off BBC One programme Jeremy explores whether Churchill’s immense legacy still has relevance today, and he meets a wide range of people who were involved in the events of that day, from soldiers who bore the coffin, to members of Churchill’s close family.

He hears from Boris Johnson, author of a new book on Churchill, and from a London docker who remembers how some dockworkers had misgivings about saluting the passing coffin with their cranes as it passed down the Thames on a launch - one of the most memorable moments of that extraordinary day.

The funeral ended at the village churchyard of Bladon, where Churchill was laid to rest alongside his father Randolph. At the close of the film Jeremy Paxman reflects that no statesman has come close to rivalling Winston Churchill in the half a century since our nation mourned his passing.