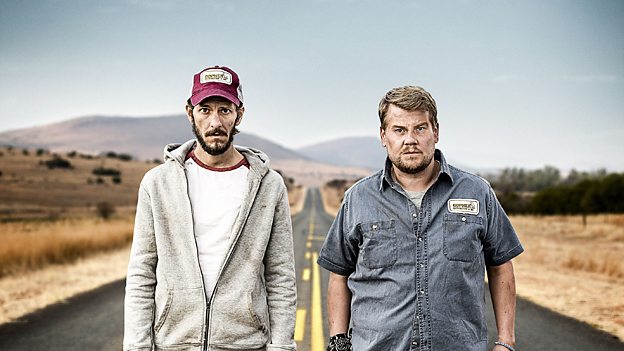 The award-winning, action-packed comedy thriller returns to BBC Two tonight and sees our two hapless heroes Sam and Phil in deeper, darker danger than ever before as they embark on an dangerous international quest to prove once again they are The Wrong Mans.

Having earned their status as hometown heroes in the first series, Sam (Mathew Baynton) and Phil (James Corden) are blasted back to zero again. Now 4,000 miles from home, Phil is relishing the chance to reinvent himself but Sam pines for his old life. But some distressing news from back home forces them to make a difficult choice: hide in the shadows and be forgotten forever or brave it in a world that doesn't even know they are alive. First there’s just the small issue of busting out of a high-security Texan jail.

After asking for help in all the wrong places, the boys soon discover that the road to Bracknell is longer and more perilous than they imagined, and it looks ever more unlikely they will get home in time for Christmas and reclaim their lives.