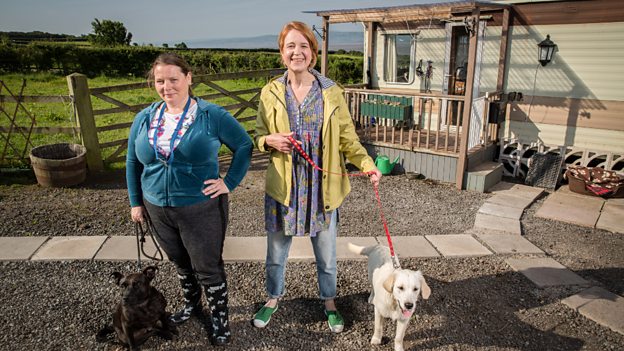 It’s a big day for Naomi (Vicki Pepperdine). Jepherson Denomer (Alvin Hall), a trustee from the charity she works for, Future’Z, is coming on a fact-finding visit.

He arrives in his vintage Daimler with Tuggy, his elderly dog, and Naomi shows him what’s been achieved in the local area. When Jep arrives to watch Eron’s (Aron Julis) football demonstration, his car gets stuck in Nana V’s (Joanna Scanlan) muddy yard. Due at another meeting, Jep is forced to leave by train, whilst Naomi and Nana V are left to care for his old dog Tuggy.

Meanwhile, Nana V is concerned that something’s wrong with her dog No Name, although no one else thinks there is, and becomes convinced that it’s because she herself has cancer. In fact, it turns out that No Name has sensed a secret which Eron and Jasmine (Selina Borji) have not yet revealed to the others.