Burning Desire: The Seduction Of Smoking 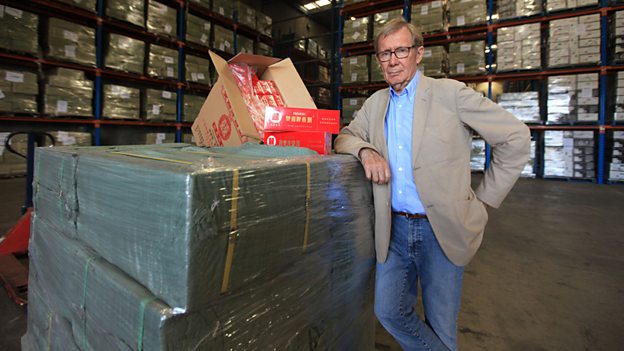 Cigarettes are the most lethal consumer product on the planet. Yet the burning desire for tobacco is as strong as ever. And it’s not just smokers. It’s government exchequers too, with tobacco revenue bringing in almost twice the cost to the NHS of treating smoking-related diseases.*

In Burning Desire: The Seduction Of Smoking, award-winning journalist Peter Taylor investigates how, despite all the health warnings and decades of increasing government regulations, thousands of young people around the world are seduced by smoking every day. He examines how powerful cigarette companies manipulate smokers, and is given rare access to the world’s second-biggest tobacco company.

Every year, more than five million customers of the tobacco industry die – in the UK alone, 100,000 people die from the world’s biggest cause of preventable death.

Peter travels to Australia to look at the industry’s last-ditch battle to prevent plain packaging in which glossy images are replaced with gruesome health warnings. And now, other countries are poised to follow suit, including England and Wales, after fierce lobbying and two controversial U-turns.

For an industry under constant attack, the tobacco industry is in remarkable health. With eye-watering profits of more than £30 billion, producing six trillion cigarettes a year, the industry would appear to be winning.

Peter Taylor has spent 40 years investigating how, in the past, the industry has dissembled and lied – which makes it all the more remarkable he was given rare access to the second-largest tobacco company in the world, British American Tobacco. He talks to their executives and learns how BAT, now openly recognising that smoking kills, has set itself a new core strategy of 'harm reduction', developing a range of less harmful alternatives to conventional cigarettes.

In this two-part series, Peter – honoured with a Royal Television Society Lifetime Achievement Award for his outstanding contribution to journalism earlier this year - returns to an industry he last exposed 30 years ago. In his seminal documentaries in the 1970s and early 1980s he revealed the denials, duplicity and dirty tricks of an industry that refused to acknowledge the truth about tobacco. Now, Peter sets out to find how much the tobacco industry has changed and if there is any likelihood of the burning desire ever being extinguished.