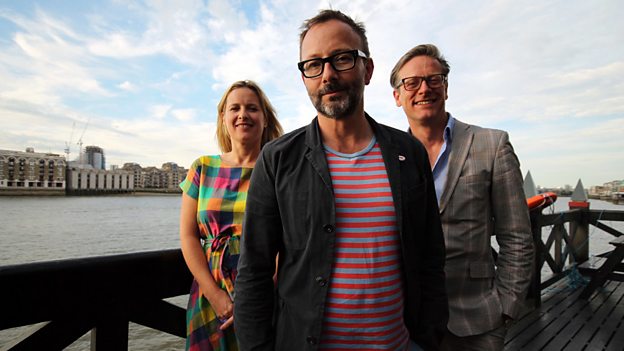 They all rate their own creativity and have the homes to prove it – but can they realise someone else’s interior tastes and style?

Throughout the series, brave homeowners give over their bedrooms, kitchens, living rooms, dining rooms, hallways, and studies to put them all to the test. Each episode will follow the wannabe designer’s trials and tribulations as they source materials, select products and try to find everything they need to make their room look great while staying in budget.

But it won’t just be the homeowners that give the amateur designers their painfully honest feedback - on hand to give their experienced opinions are Daniel Hopwood, award-winning architect and interior designer, and Sophie Robinson, ex-editor of BBC Good Homes and interior designer.

In episode one, would-be interior designers Sarah, Helen and James take on three large bedrooms in Edwardian homes in the leafy North London district of Muswell Hill. But vintage homeware designer Sarah has given herself a lot to do, including upholstering a chair – something she’s never done before; asset manager James has to get the homeowners on board with his bright colours; and artist Helen is hoping to discover an Edwardian gem behind some built-in cupboards, but only one designer can make it through to the quarter final, so the pressure to prove themselves is on.

The series travels across the country, from Dorset to Liverpool, and through the ages, from Georgian terraces to Art Deco cul-de-sacs, to introduce a new street and house design in each episode so viewers can learn about their history and how they have affected the architecture of the homes there. The show will also be packed full of handy tips and guides for keen home decorators everywhere.