Don't Panic - The Truth About Population 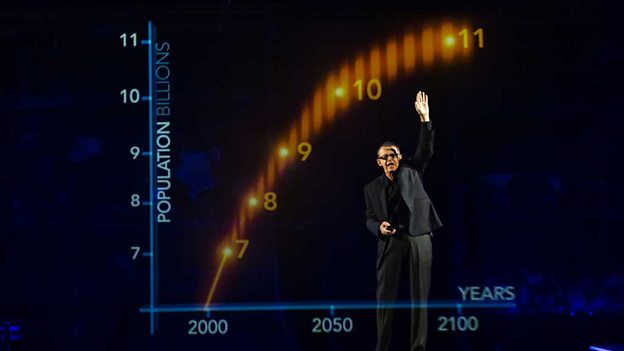 With the world’s population at 7 billion and still growing we often look at the future with dread. In Don’t Panic - The Truth About Population, world famous Swedish statistical showman Professor Hans Rosling presents a different view.

In the last of a series of programmes exploring global population for the award-winning This World strand, Rosling presents an 'as live' studio event featuring cutting-edge 3D infographics painting a vivid picture of a world that has changed in ways we barely understand – often for the better.

We face huge challenges in terms of food, resources and climate change but at the heart of Rosling’s statistical tour-de-force is the message that the world of tomorrow is a much better place than we might imagine. Professor Rosling reveals that the global challenge of rapid population growth, the so-called population explosion, has already been overcome. In just 50 years the average number of children born per woman has plummeted from 5 to just 2.5 and is still falling fast. This means that in a few generations’ time, world population growth will level off completely. And in what Rosling calls his ‘Great British Ignorance Survey’ he discovers that people’s perceptions of the world often seem decades out of date.

In Bangladesh – a country once famously described as a ‘basket-case’ – families of two children are now the norm. We meet Taslima Khan who travels through rural villages dispensing contraceptives and advice on how to deal with difficult husbands. Deep in rural Mozambique – one of the poorest countries in the world – we meet subsistence farmers Andre and Olivia who’ve been saving for two years to buy a piece of life-transforming technology – a bicycle. Even in these countries, economic growth, investment in healthcare and infrastructure are paving the way to huge improvements in living standards. Globally, the proportion of people in extreme poverty is at its lowest ever, and now the United Nations is setting itself the goal of eradicating extreme poverty completely within the next 20 years.

Don’t Panic – The Truth About Population follows the success of his award-winning BBC Four documentary The Joy Of Stats.

Don’t Panic – The Truth About Population is produced by Wingspan Productions for BBC Current Affairs and made in partnership with The Open University.