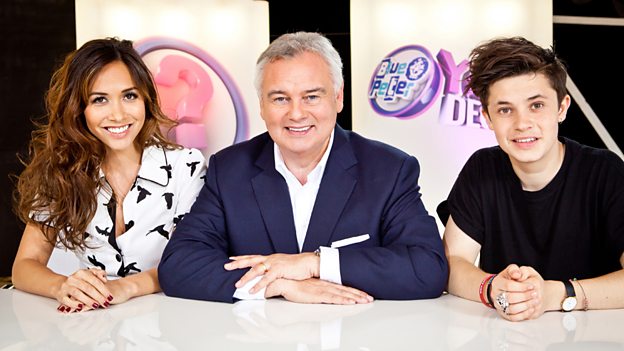 Day and time to be confirmed

Join CBBC stars Dick and Dom as they guide some of the country’s best new presenting talent through a series of challenges which will see one of them crowned the brand new, third presenter of Blue Peter. And – in a first for the world’s longest-running children’s TV show - the final decision on who gets the role will be made by the CBBC audience.

Each week, judges Myleene Klass, Eamonn Holmes and Ceallach Spellman will be scrutinising the aspiring presenters to decide which of the Blue Peter hopefuls make it through to the next stage. But, when they’re down to the final three, the power is put in the hands of the CBBC viewers as they get to choose who gets the coveted job.

This week, we meet the 10 lucky shortlisted presenters, chosen from more than 20,000 who registered their interest in joining Barney Harwood and Helen Skelton as the third member of the Blue Peter gang.

Today’s challenge puts their team-working skills to the test in the glorious Snowdonia National Park. But at the end of the show, all 10 will be called to the Judges HQ and four of them will be eliminated. Which of them will have what it takes to impress the judges, make it through to next week’s show and still be in with a chance of being the next Blue Peter presenter?