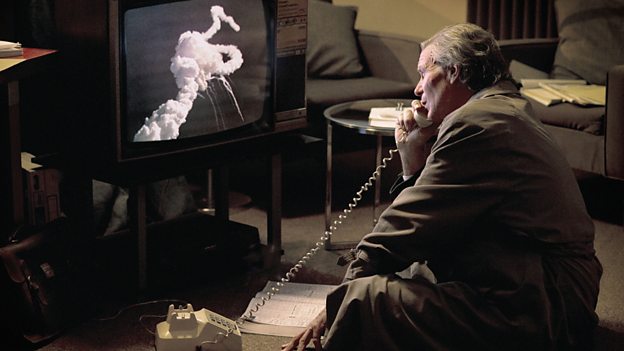 When Challenger exploded 73 seconds into its flight on the morning of 28 January 1986, it represented one of the most shocking events in the history of American spaceflight. A Presidential Commission was immediately convened to explore what had gone wrong, but with the vast complexity of the space shuttle and so many vested interests involved in the investigation, discovering the truth was an almost impossible challenge.

A truly independent member of the investigation was Richard Feynman. One of the most accomplished scientists of his generation, he had worked on the Manhattan Project to build the first atom bomb and won a Nobel Prize for his breakthroughs in quantum physics. Feynman deployed exceptional integrity, charm and relentless scientific logic to investigate the secrets of the shuttle disaster and in doing so, helped make the US space programme safer.

The Challenger is co-produced by BBC, The Open University and Science Channel. It was commissioned by Janice Hadlow, Controller of BBC Two, and Kim Shillinglaw, Commissioning Editor for Science and Natural History.