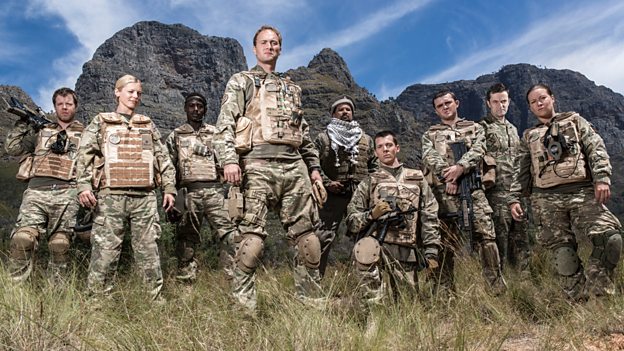 The first in an eight-part comedy drama about a British bomb disposal detachment in Afghanistan, starring Oliver Chris (Green Wing), Kelly Adams (Hustle), Gary Carr (Death in Paradise) Stephen Wight (The Paradise), Katie Lyons (Boy A) and Tony Gardner (Fresh Meat). Bluestone 42 is a series about a bunch of soldiers who love being soldiers and the camaraderie, bonds and banter they share, even though they are risking their lives defusing hidden bombs.

Written by Richard Hurst (Secret Diary of a Call Girl, Miranda) and James Cary (Miranda), the series has been carefully researched and informed by serving and former members of the armed forces and military experts, to take the audience through authentic, compelling, surprising and funny stories about how heroes pass their time in between saving lives.

In the opening episode, the Bluestone 42 team are called out on routine ops with their CIA liaison officer Carter (Michael McShane), where things take a drastic turn.

Back at base, they are introduced to Mary (Kelly Adams), the new padre, who Nick (Oliver Chris), the Ammunition Technical Officer, takes an instant shine to. How will she react to his advances?

Meanwhile, Simon (Stephen Wight) grapples with Millsy (Gary Carr) over the report that Nick has forced him to write on his behalf, and the young Privates - Mac (Jamie Quinn) and Rocket (Scott Hoatson) - enjoy winding up Bird (Katie Lyons) who may or may not have named the bomb seeking robot 'Arthur'.