The Dark Charisma Of Adolf Hitler 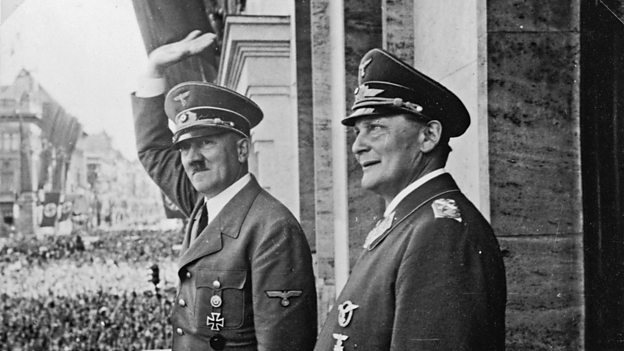 Adolf Hitler seemed an unlikely leader – fuelled by anger, incapable of forming normal human relationships and unwilling to debate political issues. Such was the depth of his hatred that he would go on to become a war criminal arguably without precedent in history - his hatred would lead to the Holocaust, his desire for conquest would leave much of Europe in ruins, and his determination caused the death of 60 million people. Yet he was once loved by many.

In the first of a three part series, Laurence Rees looks at how this was possible, revealing how Hitler formed a connection with millions of German people and in the process, this seemingly unlikely figure generated a level of charismatic attraction almost without parallel. Dispelling the myth that Hitler somehow hypnotised a nation, this first episode looks at how his alleged ‘charisma’ played a key role in his success as a leader.

With the help of testimony from those who lived through these times, film archive – including rarely seen colour home movies - and specially shot documentary footage, The Dark Charisma Of Adolf Hitler reveals how Hitler managed to turn from a peculiar nobody in 1913 into the Chancellor and Fuehrer of the German people.

The series is written and produced by Laurence Rees, who won a Bafta for his 1997 series Nazis: A Warning From History and a Grierson award for his 2005 series Auschwitz: The Nazis And The ‘Final Solution’. The series historical consultant is Professor Sir Ian Kershaw, the world's leading academic expert on Adolf Hitler.