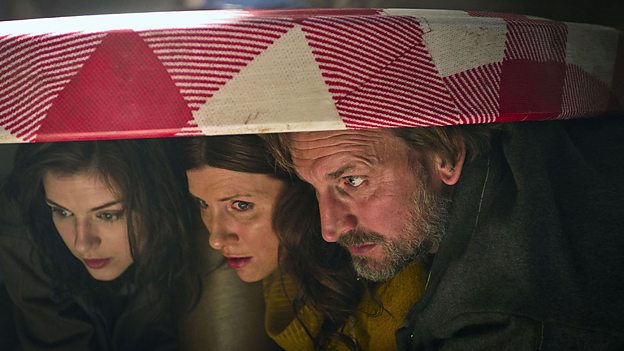 An action packed adventure film for all the family this Christmas can be seen on BBC One.

Arrietty Clock is a head-strong teenage Borrower who is desperate to explore life outside her family home hidden under the floorboards. Her parents, Pod and Homily Clock, are terrified of the world of the ‘Human Beans’ and are fiercely protective of their daughter.

Arrietty sneaks upstairs one night and befriends James, a lonely boy who lives above her in the house with his father, Robert Millman. This leads to a world of trouble when the Borrowers’ home is discovered by James’s formidable grandmother, and they are forced to venture into the big wide world…

Grandma Driver knows the ‘little people’ exist; she’s always known and is determined to hunt them out of her house. Professor Mildeye also knows of the existence of the ‘little people’. Determined to restore his reputation and resurrect his academic career, he’ll go to any lengths to capture them and reveal them to the world.

Spiller, a leather jacketed tearaway, takes quite a shine to Arrietty. She’s not quite sure what to make of this, but when her parents are captured by the evil Professor Mildeye, she is forced to enlist both Spiller’s and 'human bean' James’s help. They go on a series of daring adventures to try and outsmart Mildeye and return the Clock family to their former home in time for Christmas.

The Borrowers is simulcast on the BBC One HD channel available through Freesat channel 108, Freeview channel 50, Sky channel 143 and Virgin Media channel 108.