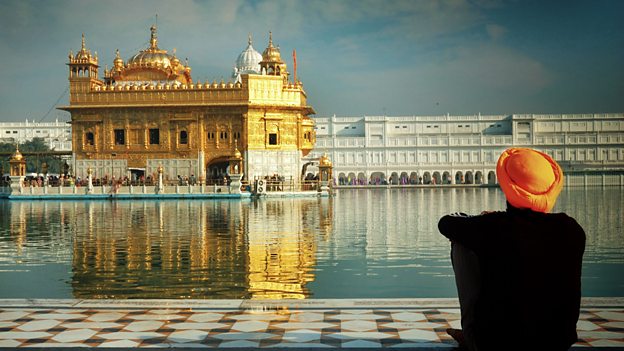 I am excited at the breadth of content and I hope it inspires all our audiences and brings them a fresh insight into the fast changing world we live in.Charlotte Moore, Director, BBC Content

Category: BBC Two; BBC One; Radio; Online and interactive; Factual; Commissioning
Across the next 12 months the BBC will shine a light on faith, belief and values in modern Britain.

At a time when society is more diverse, more complex and more divided than ever before, the Year of Beliefs will explore the multiple expressions of faith and belief in Britain, and look at how our ethics and values shape our everyday life and personal choices.

The Year of Beliefs 2019 will bring Religion and Ethics programming to as wide an audience as possible, airing ambitious landmark series with privileged access, powerful documentaries highlighting big moral questions, spiritual journeys of self-discovery and thought-provoking discussions and debates.

In addition, a major new survey will be launched, exploring attitudes to contentious issues and responses to ethical dilemmas, providing insight into what we really think about the rights and wrongs of the most pressing issues of our time. We’ll also look at differences in attitude according to age, gender and broad geographical region of the UK, to get a unique snapshot of what unites and divides us.

Charlotte Moore, Director, BBC Content, says: “With the Year of Beliefs we want to capture the complex variety of faiths and beliefs in modern Britain. Not only do we continue to offer our audiences a place they can celebrate and share their own personal beliefs, but we also want to help them understand better the meaning of other faiths and beliefs as well as exploring important ethical issues that impact so many people’s lives. I am excited at the breadth of content across 2019 and I hope it inspires all our audiences and brings them a fresh insight into the fast changing world we live in.”

James Purnell, Director of Radio & Education, says: “Twelve months ago we reaffirmed the BBC’s commitment to religion and ethics programming in our wide-ranging review, and Year of Beliefs is part of our overall efforts to make our content relevant to all audiences.

"We’ll be shining a light on what Britain believes in today through new commissions, appointing a Youth Panel to work with well-established programmes across radio, and exploring a complex range of issues affecting people’s lives - from IVF to being single. With radio’s unique ability to bring stories alive, our audiences will hear Jeremy Irons read The Psalms on Radio 4 at Easter, and I hope that throughout the year we’ll offer a place for people to pause and reflect on the world around them, with our content.”

New landmark series and inspiring one-off documentaries on television include Inside The Vatican on BBC Two, an ambitious new series with privileged access to the people who live and work in this independent city-state. On BBC One, Welcome To The Bruderhof (w/t) offers insight into a unique Christian community who live together in a village on the outskirts of Hastings as disciples of Jesus, exploring their simple way of life at odds with mainstream society.

Earth’s Sacred Wonders, also on BBC One, looks at the world’s major religions and explores the most iconic places on earth, including Angkor Wat, the largest religious monument in the world, Masada, site of one of the oldest synagogues on earth and the Sikh’s unique Golden Temple in India.

In Pilgrimage: The Road To Rome on BBC Two, a group of celebrities embark on a journey of discovery along an ancient route from the Swiss Alps to St Peter’s Square in Rome - culminating in a private audience with Pope Francis. Also on BBC Two will be The Satanic Verses: 30 Years On (w/t) which examines the lasting effect of this controversial book on Britain and British Muslims.

On BBC Radio 4 a major ten-part series, Fatwa, explores the forces which led to the 1989 fatwa and the consequences of it. New to BBC One Daytime will be Britain’s Easter Story which explores Easter celebrations and reveals what Easter means to British Christians today. On BBC Radio 4 at Easter, Jeremy Irons will read The Psalms, and later in the year Nick Spencer will challenge assumptions about the relationship between science and religion in three-part series Science And Religion.

On BBC One Daytime Aled Jones will present two special editions of Songs Of Praise in the Holy Land, on Palm Sunday and Easter Sunday, and The Big Questions will feature debates which are especially pertinent to the Muslim, Jewish, Sikh and Hindu faiths. In Walks Of Life, a new addition to the BBC One Daytime schedule, Mehreen Baig and JB Gill will take viewers on cultural and spiritual walks in the countryside, exploring our relationship with the landscape around us.

On BBC Radio for the Year of Beliefs, Faith In The World Week on BBC Radio 2 looks at the theme of being single, what it means and how faith communities engage with young people who are increasingly turning their backs on religious ideas of marriage. BBC Radio 3 explores the meditative power of slow radio from Durham Cathedral whilst BBC Radio 5 will support the main TV and radio highlights and canvass opinion on what the nation believes via the network’s flagship phone-in Your Call and Stephen Nolan. BBC World Service is celebrating Year of Beliefs with Heart And Soul Gathering events around the world.

There will also be thought-provoking content around important moral and ethical questions: Too Gay For God? on BBC One explores the place of the LGBTIQ+ community within the Christian faith, and the Church of England in particular.

On BBC Two, Mehreen Baig explores how views on money, community and morality differ at extreme ends of the wealth gap, and leaves her life behind to move in with the very rich and the very poor in Divided Britain With Mehreen Baig (w/t).

In Male Circumcision (w/t) on BBC One, journalist Adnan Sarwar takes a personal journey to explore the complex issues around male circumcision, and Surrogacy With Tom Daley (w/t) on BBC One, sees Tom Daley look at surrogacy in UK and the debate arounds it, an issue close to his heart as he has just become a father through surrogacy with his husband Dustin Lance Black.

With unique access to the Clinical Ethics Committee at Great Ormond Street Hospital, Medical Ethics (w/t) on BBC Two explores how the hospital works with families and medical teams to decide the right thing to do for their patients.

Pregnant And Platonic on BBC Two explores the complex moral and ethical issues around the growing phenomenon of co-parenting - when two people choose to have a child together without being in a relationship - and looks at some of the challenges these people face when they come together to bring up a child.

Across BBC Radio there will be youth takeovers of programmes, working with a panel made up of young people from a wide range of different beliefs. BBC Sounds’ podcasts Beyond Today and Radio 1’s Life Hacks will explore themes from the major survey commissioned as part of the Year, and 1Xtra Stories will follow Nimz, a single Muslim woman on a mission to find love.

Asian Network’s Big Debate and Mobeen Azhar’s late evening show will look into the beliefs of young British Asians and how those differ from their parents’ and grandparents’ beliefs. There will be a wealth of digital content across the year, from BBC World Service’s Instagram activity with young believers from around the world to bespoke content across social media and the BBC Ideas webpages.

As ever, Christian programming and live worship remains the cornerstone of the BBC’s religious output around Christmas and Easter and alongside this, in 2019 the BBC will mark other highlights from the calendar of religious festivals. Vaisakhi, Ramadan, Summer Solstice, Eid al-Adha, Rosh Hashanah and Diwali will be reflected across TV, radio and online.

More content part of the Year of Beliefs from across the BBC will be announced in the coming months.