Once again, the BBC brings viewers a bumper box of yuletide treats 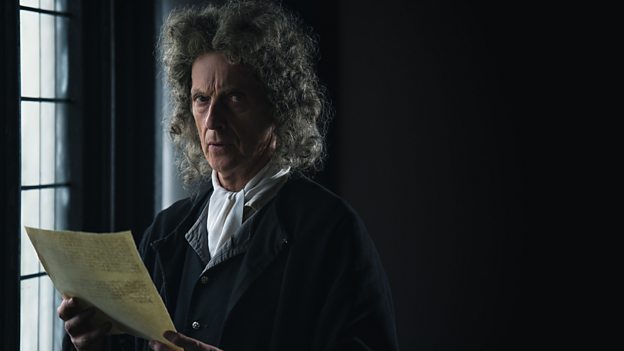 Peter Capaldi stars in Martin's Close, a ghost story for Christmas on BBC Four. Based on M.R. James' chilling short story of the same name, the standalone 30-minute drama is adapted and directed by Mark Gatiss.

1684. John Martin, played by Wilf Scolding, is on trial for his life. Facing him, the infamous ‘hanging judge’, George Jeffreys, played by Elliot Levey. But this is not a cut and dried murder case. Because the innocent young girl Martin is accused of killing has been seen after her death...

Peter Capaldi will play Dolben, in a cast which also includes Simon Williams as Stanton, Sara Crowe as Sarah, James Holmes as Snell, and Fisayo Akinade as William.

Martin's Close is made for BBC Four by Can Do Productions with Adorable Media. It was commissioned by Cassian Harrison, Channel Editor, BBC Four, and is executive produced by Ben Irving for the BBC. 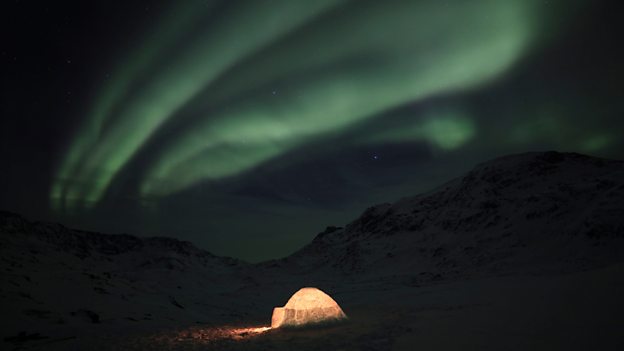 The igloo is thought to be one of the oldest human dwellings - a simple and elegant design that a skilled Inuit can build in a couple of hours. Synonymous with the arctic, this vernacular lodge is symbolic of a whole way of life.

But the igloo will soon be lost forever. The arctic is warming at twice the rate of anywhere else on earth, while Greenland’s ice sheet is vanishing four times faster now than in 2003. The snow and ice are disappearing, and with it, igloos and the cultures that built them.

This feature-length film tells the story of a typical day in the life of an Inuit hunter in Greenland, as he travels across the stunning arctic landscape with his dog sled, fishes through the sea ice, and finally builds an igloo. While Inuit now live in permanent settlements, igloos are still constructed by hunters for shelter while out in the wilderness. Documenting the ingenious craft of igloo-building before it’s too late, this film is an extraordinary and poetic sensory immersion in the landscape of ice and snow: An elegy to a world that is melting away.

Shot to reveal every beautiful detail of the hunter’s day and the epic landscape of Greenland, the visuals are enhanced by surround sound recording and a Dolby Atmos mix that immerses the viewer in the arctic. The stunning sound design is complemented by an original score from acclaimed Icelandic composer Biggi Hilmars.

At its heart, this film is a slow and meditative celebration of an indigenous craft at one with the landscape, a poignant reminder that both may soon disappear, and a satisfying sensory immersion in a world of ice and snow.

The Last Igloo, a 1x90' was commissioned by Cassian Harrison, Channel Editor, BBC Four and the Commissioning Editor for the BBC is Emily Smith. It has been made by Swan Films. It’s produced, filmed and directed by Christian Collerton. Composer is Biggi Hilmars. Editor is William Grayburn. Executive Producers are Neil Crombie and Joe Evans. 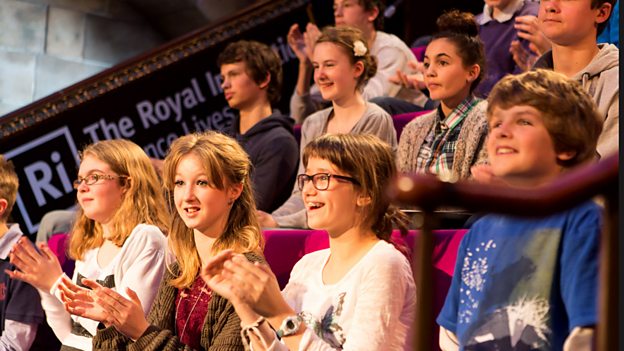 We all like to think that we know what we’re doing in our lives; that we’re fully in control. But our gut instincts are often unreliable. Thankfully, we’ve got mathematics - a peculiar power that can cut through reality and show us what it really looks like. The result is a hidden layer of maths that now drives everyday life in powerful and surprising ways

Life’s most astonishing miracles can be understood with probability, big data dictates many of the trends we follow, and powerful algorithms secretly influence even our most important life choices.

In a series of three lectures broadcast from the Royal Institution’s world-famous theatre, Hannah Fry will show us how to decode life’s hidden numbers, helping us all to make better choices, separate news from fake news, and take back some of the control we have lost.

And by asking big ethical questions, she will warn how our unwavering faith in numbers may lead to disaster. Are there problems maths shouldn’t be allowed to solve? Do computers have too much control over our lives? Is it right that AI can decide who lives or dies?

“Music, memories and enjoying the season with loved ones are what make this time of year so special,” says Yearwood. “Hosting CMA Country Christmas is an opportunity to share joy and celebrate the holidays with friends and family everywhere.”

CMA Country Christmas is a BBC Music programme for BBC Four. It was commissioned by James Stirling, Head of Content Commissioning, BBC Music and Cassian Harrison, Channel Editor, BBC Four. The Commissioning Executive for the BBC is Rachel Davies. CMA Country Christmas is a production of the Country Music Association. Robert Deaton is the Executive Producer, Paul Miller is the Director, and Jon Macks is the Writer.

Following the success of Charles I: Downfall Of A King, the BBC announces a new three-part series Charles I: Death Of A King (w/t), focusing on the monarch’s last days, starting with his captivity and the political machinations preceding his trial, leading to the days he took the stand and his execution just a few days later in January 1649.

On Christmas day 1648, no-once envisaged how far the nation would go to curtail the power of the monarchy, but just 36 days later our new political leaders had heralded a republic that lasted 11 years and changed the nature of politics and power in Britain forever. This series tells the story of one of the most momentous events in our history.

140 years before the French Revolution the English committed an act that sent shock waves across Europe. Was executing Charles a brave and necessary reaction to a despot? Was it a triumph for human rights and equality? Or was it a tragic mistake, carried out by a cabal of religious and political extremists, who were motivated by power and ego?

This series unpacks the sequence of events in forensic detail, revealing the twists in a story whose outcome was by no means certain. Incredible original documents such as the chief prosecutor’s journal and artefacts such as the Charles’ last communion cup and a pearl earring, removed from his body after death, bring the history vividly to life. The series traces, hour by hour, the machinations, secret decisions and fateful turning points that led to this cataclysmic event.

Charles I: Death Of A King (w/t), a 3x60' for BBC Four, is made by DSP (part of EndemolShine UK). It was commissioned by Cassian Harrison, Channel Editor, BBC Four and Tom McDonald, Head of Commissioning, Natural History and Specialist Factual. The Commissioning Editor is Abigail Priddle. The Executive Producers for DSP are Emily Dalton and Erika Dodd.

The Magic Flute (Die Zauberflöte) by Wolfgang Amadeus Mozart, from Glyndebourne Festival 2019. Directed and designed by Barbe & Doucet, with the Orchestra of the Age of Enlightenment conducted by Ryan Wigglesworth, and David Portillo as Tamino, Björn Bürger as Papageno, Sofia Fomina as Pamina, Caroline Wettergreen as Queen of the Night and Brindley Sherratt as Sarastro.

Prince Tamino is on a quest: To rescue the beautiful Pamina, daughter of the Queen of the Night from her father Sarastro. Aided by bird-catcher Papageno, he finds her, and is drawn to the brotherhood led by Sarastro. Tamino submits to a series of trials to prove his worthiness to join their order, and is rewarded with Pamina’s hand in marriage. The simple Papageno is also rewarded with a wife, and the Queen of the Night and her forces of darkness are defeated.

Home Movies Of The Third Reich

Thousands of German attics have become dumping grounds for countless hours of private home movies, left gathering dust for decades. Hidden on these rolls of film is a different story of Hitler’s Third Reich; a private window into the inner most recesses of life in the Nazi Germany - at home during peacetime, but also, even more astonishingly, from the front lines of Hitler’s wars of conquest.

This two part series delves into these private collections, which are only now emerging for the first time, to reveal to reveal how ordinary Germans recorded the dawn of an empire that they thought would last a thousand years. Ordinary citizens as well as Party organisers, firemen, local officials and, most enthusiastically of all, soldiers on the frontline, picked up cine cameras and filmed everything they saw. Nothing was allowed to slip into obscurity.

Thousands of Germans lovingly documented their own lives, exuding both national and domestic pride. They wanted to mark their experiences of daily life under Hitler, for future generations to enjoy. However, as Hitler’s plans turned to ashes in the catastrophe of May 1945, much of this footage was hidden away. Now, as the war generation pass away, their children and grandchildren are finding these films and sharing them. What emerges is a candid look at what life was really like for those living in, and under Hitler's Swastika - at home - and abroad, a record not only of what they saw, but of what they knew.

Home Movies Of The Third Reich, a 2x60’ for BBC Four, was commissioned by Cassian Harrison, Channel Editor, BBC Four and Simon Young, Commissioning Editor. The Executive Producers are Aaron Young and Thomas Schuhbauer. It is a Bright Button and ECO Media co-production. 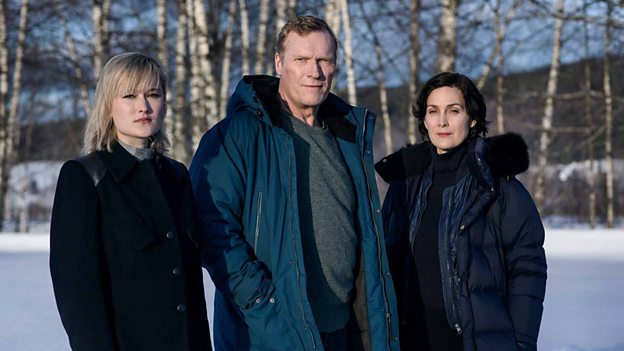 The drama, which stars Sven Nordin and Carrie-Anne Moss, is based on the best-selling books The Caveman and The Hunting Dogs by writer Jørn Lier Horst. Set in the unique and stunning landscape of Norway, this series follows homicide detective William Wisting as he wrestles with the most challenging and shocking case of his career: A wanted American serial killer preying amongst them.

Meanwhile, Line - Wisting’s intrepid journalist daughter - is chasing headlines, leading her straight into the path of the serial killer.
Suddenly, an old case comes back to haunt Wisting, and a dreadful accusation is hurled at him. How will Wisting save other lives when he finds himself suspended and fighting for his own reputation, career and life?