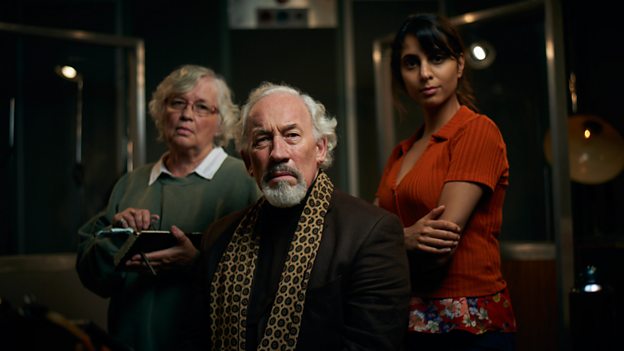 Mark Gatiss brings the Christmas ghost story tradition back to life with The Dead Room, a chilling new tale for BBC Four. Written and directed by Gatiss, the 30-minute film tells the tale of a long-running radio horror series of the same name.

Simon Callow plays Aubrey Judd, the radio series’ veteran presenter and national treasure, who finds that he must adapt to changing times and tastes… But whatever happened to the classic ghost stories? The good old days? Aubrey soon discovers that all is not quiet in the eerie radio studio - and that elements of his own past are not as dead and buried as he perhaps hoped…

Mark Gatiss says: “The Christmas Ghost Story is a wonderful and vital TV tradition and one which has found its natural place on BBC Four. A Merry Christmas to all of you at home. Pleasant dreams!”

Fellow musicians, journalists and fans celebrate Fleetwood Mac with a selection of their best loved songs.

Fleetwood Mac are the great survivors of British and American rock music. For more than fifty years they’ve overcome break-ups and breakdowns to become one of the most successful bands of all time. They have sold over 100 million records worldwide, with their 1977 smash Rumours accounting for nearly half of those sales.

They have endured, like all great bands, because of the complimentary talents of their members. From Peter Green to Christine McVie, Stevie Nicks and Lindsey Buckingham, the band has contained some extraordinary songwriters. With brilliant musicians on all instruments, they have been able to turn the songs into commercial gold. Above all, the tough determination of the two men who gave the band their name has seen Fleetwood Mac through thick and thin.

1987 - a year marked by triumph and disaster. As Mrs Thatcher secured a third term as PM, the Channel Tunnel began construction and Wall Street’s movie representative Gordon Gecko purred "Greed.. is good" - Britain was battered by The Great Storm, despaired at Black Monday, and was horrified by the sinking of The Herald of Free Enterprise and the King’s Cross fire.

And while epic events unfolded in the outside world, the Top of the Pops studio provided a haven for those who wanted to escape.

With a new ground-breaking twin show broadcast from the USA, Top of the Pops could sidestep the videos of MTV and bring the very biggest names to UK audiences. In Television Centre in London’s White City, Stock, Aitken and Waterman provided the floor-fillers as hip-hop and rap made their mark on the chart along with home-grown House. From the rock aristocracy to pure pop hits and the irresistible new funk grooves - the youth could pick their own soundtrack and pump up the volume.

As BBC Four’s weekly Top of the Pops repeats reach 1987, here’s an introductory celebration of this high watermark of the 80s.

Bros: After the Screaming Stops

Bros: After the Screaming Stops is a powerful, raw and fascinating insight into one of pop’s original boy bands.

In the 1980s, Bros were one of the biggest bands in the world... for 15 minutes. Having sold out stadiums around the world, they are the youngest to this day to play Wembley Stadium and their Push album went to Number 1 in over 20 countries, selling 10 million copies worldwide.

The rise and fall of Bros was meteoric. After three years of hysteria wherever they went, the documentary deals with the fragility of fame and the heartbreak that followed.

This film charts twins Matt and Luke Goss's reunion 28 years on, having hardly spoken and not played together since their split. With an incredibly fractured relationship and only three weeks to go until sell-out gigs at The O2 London, will they be able to put their history aside and come together as brothers to play the show of their lives?

This new documentary will discover how Andrew Davies - creator of some of the most iconic and successful British small-screen dramas of the past fifty years - turns one art form into another.

At the height of his powers as he enters his ninth decade, Andrew is full of passion and energy, tackling massive and magnificent thousand page novels and transforming them into prime-time television. Through the production process of Les Misérables this film will uncover his trade secrets - how he gets the vision in his head from the page, via his computer, and into our living rooms; his methods and how he masters his craft. With contributions from Sarah Waters, Dominic West, Helen Fielding and Olivia Colman as well as industry figures Jane Tranter and Sue Birtwistle. Controversial, witty, irreverent - and fearless; Andrew Davies is the best in the game and this film will reveal why.

Andrew Davies: Rewriting the Classics is a Martha Stone Production. The Executive Producer is Sarah Broughton. The Commissioning Editor is Christina Macaulay.

In a special seasonal edition of his acclaimed series, film critic Mark Kermode celebrates one of the most perennial of all genres: the Christmas movie. With wit, insight and enthusiasm, Mark will unwrap a glittering selection of Christmas cinematic treats, from much-loved classics to hidden gems, Hollywood blockbusters to international films.

Whether they're heart-warming family fare or deliciously dark winter's tales, Mark will reveal the film-making techniques and storytelling secrets that make them so successful. He'll demonstrate how, as with all great genres, a key to the success of the Christmas movie lies in its adaptability.

Christmas cinema embraces a remarkable range of styles and themes, from fairytale fantasy to high-octane action, family drama to horror. But a great Christmas movie does more than simply set its story in the festive season. It captures something magical - the Christmas spirit - and in this programme, Mark will show you how.

Mark Kermode’s Christmas Cinema Secrets is a BBC Studios production. It was written by Kim Newman and Mark Kermode. The BBC Executive Producer is John Das. The commissioner for the BBC is Mark Bell.

In this film, conductor and Music Director of the Royal Opera House Sir Antonio Pappano shares his personal selection of some of opera’s greatest arias.

Pappano’s choices stretch across the full 400 year operatic canvas and feature some of the most ravishing and famous arias in the repertoire - from show-stopping Baroque to heart-stopping Mozart, the full-blooded Romantics to blood-curdling verismo, via bel canto and new 20th century techniques. Along the way he identifies the various functions that arias perform in opera - from the entrance aria, soliloquy and arias born of crisis, to breathless declarations of undying love.

Dreaming of a Jewish Christmas

Dreaming of a Jewish Christmas is an offbeat, irreverent musical documentary that tells the story of a group of Jewish songwriters, including Irving Berlin, Mel Tormé, Jay Livingston, Ray Evans, Gloria Shayne Baker and Johnny Marks, who wrote the soundtrack to Christianity’s most musical holiday. It’s an amazing tale of immigrant outsiders who became irreplaceable players in pop culture’s mainstream - a generation of songwriters who found in Christmas the perfect holiday in which to imagine a better world, and for at least one day a year, make us believe in it.

Another opportunity to take your place in the best seats in the house for the New Year’s Day Concert from Vienna to welcome in 2019.

This year’s concert is led for the first time by the German conductor Christian Thielemann, leadomg the Vienna Philharmonic in an array of polkas, waltzes and gallops by the Strauss family and their contemporaries.

As always the concert will end with the ever-popular By the Beautiful Blue Danube and the foot stamping Radetzky March.
This concert is transmitted to some 50 million viewers in over 90 countries. 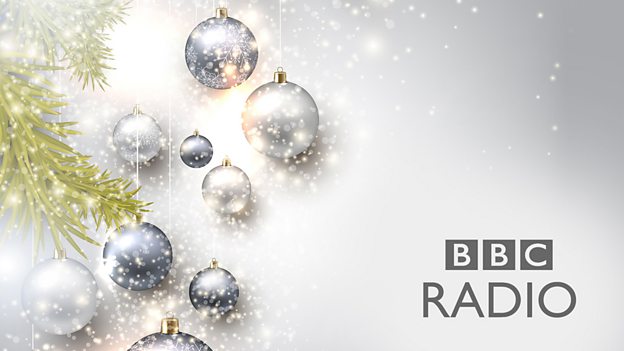