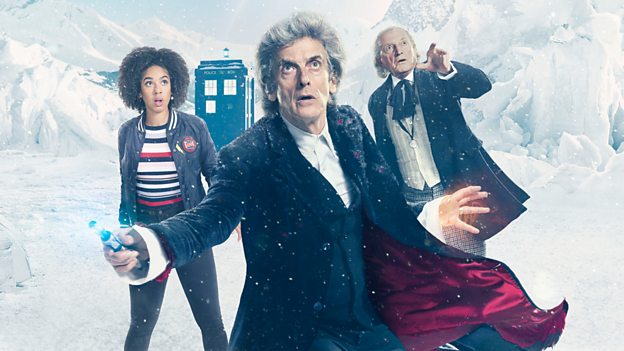 Whether you’re looking for laughter, edge-of-your-seat drama or to quench your thirst for knowledge, there’s entertainment for everyone to share”Charlotte Moore, Director, BBC Content

Category: BBC One; BBC Two; BBC Four; Drama; Entertainment; Comedy; Factual; Commissioning
We are delighted to unveil our Christmas programming for 2017 across BBC One, Two and Four with a veritable feast of programming treats for all the family to enjoy across the Christmas season.

Christmas is the perfect time to reunite with old friends as French & Saunders celebrate 30 years together, The League of Gentlemen are back in business and Mary Berry is joined by Mel and Sue for a Big Christmas Thank You.

Judi Dench uncovers the mysteries about one of her greatest passions - trees; and there are familiar BBC One Christmas favourites galore including specials from Call The Midwife, Doctor Who, Mrs Brown’s Boys, EastEnders and Strictly Come Dancing.

From the stage there’s Matthew Bourne’s Cinderella and A Christmas Carol Goes Wrong; and natural history programming brings us frozen action in The Reindeer Family and Me and Snow Bears.

With Joanna Lumley and Jennifer Saunders learning about their favourite tipple in Absolutely Champers, there are an abundance of Christmas specials for all the family to enjoy.

Charlotte Moore, Director of BBC Content, says: “Christmas is all about togetherness, and we’ve lined up a magical mix of programmes that will bring everyone together over the festive season. Reuniting a host of our favourite faces and showcasing an unparalleled level of world-class talent; whether you’re looking for laughter, edge-of-your-seat drama or to quench your thirst for knowledge, there’s entertainment for everyone to share on the BBC this Christmas time.”

Over in Albert Square, things are set to explode in catastrophic style this Christmas. Secrets and lies are exposed and families are torn apart forever as Max Branning finds himself a man on the edge in EastEnders.

Peter Capaldi’s epic final journey sees him reunited with companion Bill as they team up with the first ever Doctor to battle the enchanted glass people before he regenerates into the 13th Doctor in the Doctor Who Christmas special.

A large snowfall causes havoc for the residents of Poplar in this year’s Call The Midwife, one of our best loved dramas.

Haunting period thriller The Miniaturist, adapted from Jessie Burton’s acclaimed debut novel, tells the story of a house where, beneath the lavish beauty and privilege, lies forbidden passions and dangerous secrets.

BBC One’s epic new drama, McMafia, is a global thriller that charts James Norton’s character Alex Godman drawn into the world of organised crime. When his family’s past returns to threaten them, Alex is forced to confront his values to protect those he loves.

More fantastic comedy is in store with the return of Mrs Brown’s Boys for two festive episodes as well as Christmas specials of Not Going Out, Tim Vine Travels Through Time and Still Open All Hours.

Even Better Than the Real Thing is back with a fun filled Christmas Special hosted by Paddy McGuinness with five more of the best professional Tribute acts in the world in a night to remember.

On BBC One, 300 Years of French & Saunders reunites the comedy double act for the first time in 10 years for a special anniversary episode and the incomparable Victoria Wood’s legacy is remembered in an extended episode of Our Friend Victoria.

Reece Shearsmith, Steve Pemberton, Mark Gatiss and Jeremy Dyson reunite to celebrate their twentieth anniversary at the BBC with three brand-new episodes in The League of Gentlemen Anniversary Specials on BBC Two.

There’s plenty more comedy on BBC Two with a retrospective documentary from Alan Partridge, Two Doors Down, and a Christmas special from Upstart Crow, featuring none other than screen royalty Emma Thompson playing Queen Elizabeth I.

Also reuniting this Christmas on BBC Two are Joanna Lumley and Jennifer Saunders as they head to the beautiful Champagne region in France to learn all about how their favourite tipple is made in Joanna & Jennifer: Absolutely Champers.

Clip show meets sketch show with voices from the comedy world in Doodlebug.

There’s plenty of festive food inspiration as Nigella’s Christmas Table heads to the countryside for her cosiest Christmas yet whilst Mary Berry opens her kitchen up to some of TV’s best-loved faces in Mary Berry’s Christmas Party. Mary is also being reunited with Mel & Sue in a Big Christmas Thank You as they sprinkle some festive magic on a well-deserving community in South Wales.

From candy canes and yule logs to Christmas cakes, there are more delicious treats being served up as Gregg Wallace, Cherry Healey and Ruth Goodman explore 24 hour production at a cake factory in Inside the Factory and treats of Christmas past are recreated by four modern confectioners in The Sweet Makers.

In natural history programming; Gordon Buchanan travels to the frozen north, deep inside the Arctic Circle, in The Reindeer Family and Me; and Snow Bears follows polar bear cubs as they learn how to survive in their frozen world. Dame Judi Dench embarks on a magical journey to uncover the mysteries about one of her greatest passions - trees. Meanwhile, World’s Weirdest Winter showcases snowboarding crows, seemingly suicidal penguins and snownados that come from nowhere.

On BBC Four; the Natural History Unit’s unmatched expertise present the natural world as it is lived in a 90 minute Slow TV special revealing animal behaviour on land, sea and sky in Wild Wanderings: Turtle, Eagle, Cheetah; Star Wars super-fan David Whiteley tells the story of how the most famous galaxy in movie history was created just off the M25; Elvis: Rebirth of The King tracks the king’s five year renaissance in Vegas; and Eric, Ernie & Me features Stephen Tompkinson as Eddie Braben, the man behind Morecambe and Wise’s greatest successes which showcases the pressure and pain he went through to help create the screen work of Britain's most beloved double act. Their unforgettable double act is also celebrated in BBC Two’s Eric & Ernie’s Home Movies.

For music lovers, Top of the Pops once again returns on Christmas Day and New Year’s Day, as does Jools Holland with his annual Hootenanny. Music legend Nile Rodgers and his sensational band CHIC will be lighting up this New Year’s Eve live on BBC One as they bring some of the biggest hits ever to an unmissable music and firework spectacular in London. Over on BBC Two, Gospel Christmas marries classic spiritual songs with contemporary influences and brings in 2018 with the New Year’s Day Concert from Vienna.
Songs of Praise gathers together inspiring stories culminating in The Christmas Big Sing - a symphony of 5000 joyous voices at the Royal Albert Hall.

The Queen’s Christmas Message will as ever be a highlight of Christmas Day. And this year Christmas worship on BBC One will broadcast live from two magnificent settings: Midnight Mass on Christmas Eve from Leeds Cathedral and Christmas Day Service from All Saints Church in Fulham. BBC Two celebrates the festive season with the return of much-loved Christmas Eve tradition, Carols From King’s where the world-famous Choir, directed by Stephen Cleobury, sing carols old and new.

Merry Christmas from the BBC. 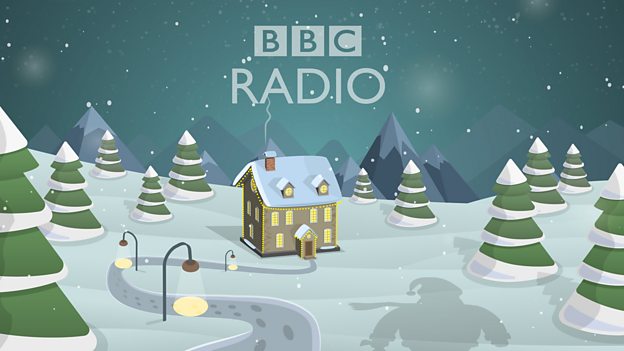