Festive highlights for 2017 on BBC Radio are announced 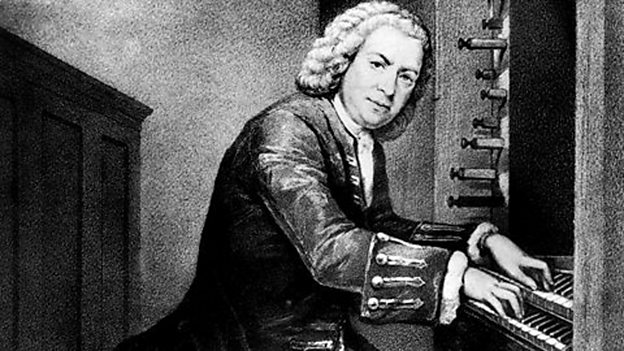 BBC Radio 3 will welcome in the festive season this year with Spirit of Bach; an exploration of why music by the Baroque composer Johann Sebastian Bach resonates deeply with so many. From December 1-24, Breakfast will play one of the composer’s magnificent 24 Preludes and Fugues from the second book of The Well-Tempered Clavier each morning, placing a spotlight on this pivotal work for keyboard. From the 18 December, the frequency of Bach’s music will build across the station in the lead-up to Christmas, culminating in a full day of programming on the 24 December devoted entirely to the composer. Bach’s compositions will be complemented by investigations into the man himself, and why his music continues to have such a profound impact on those who listen.

Throughout the week, Essential Classics will feature some of Bach’s most iconic works.

Donald MacLeod will survey Bach’s life from early childhood to old age in Composer of the Week.

On Monday, the In Tune Mixtape will be a ‘Bach Mixtape’. Featuring 30 minutes of some of Bach’s most popular works in an uninterrupted flow of music, this mixtape will imagine how Bach might have looked back upon his catalogue of over 1000 compositions towards the end of his life.

Radio 3 in Concert will feature recordings from the BBC Proms including the Monteverdi Choir conducted by Sir John Eliot Gardiner; and András Schiff’s virtuosic performance of Book 1 of The Well-Tempered Clavier from the 2017 season. There will also be another opportunity to hear New Generation Artist Beatrice Rana’s acclaimed performance of Bach’s Goldberg Variations given earlier this year at Wigmore Hall.

From Tuesday to Friday and on Sunday, listeners will be able to tune into The Bach Walk, Radio 3’s most ambitious Slow Radio broadcast yet. Writer Horatio Clare takes listeners away from the hustle and bustle of day-to-day life through reimagining a famous trek Bach once took across Germany. Creating an immersive soundscape comprised of music overlaid with poetry and prose, listeners will be able to embark on a virtual walk with the author to learn more about Bach.

In a special edition of Record Review, Sara Mohr-Pietsch will survey recordings of Bach’s famous Brandenburg Concertos, now considered a cornerstone of the Baroque repertoire.

Sara Mohr-Pietsch will investigate the way in which Bach’s compositions resonate with our world today in Music Matters.
Bach’s music has been known to have been highly influential in the world of jazz. Alyn Shipton will explore interpretations and reinventions of Bach’s music by jazz musicians the world over in Jazz Records Requests.

In Sound of Dance, Katie Derham explores how choreographers have responded to Bach’s music, and talks to acclaimed American dancer and choreographer Mark Morris.

The grand conclusion to Spirit of Bach on 24 December will see the full day dedicated to music by the composer.

In a special edition of Private Passions, listeners will be treated to a compilation of previous guests, all of whom selected works by Bach. Contributors include legendary primatologist Dame Jane Goodall, actor Paterson Joseph, fashion designer Dame Vivienne Westwood and playwright Alan Bennett.

Radio 3 Lunchtime Concert will feature a specially recorded concert from the National Centre for Early Music in York of The Musical Offering, a work Bach dedicated to Prussian monarch Frederick the Great, performed by award-winning young ensemble BarrocoTout.

Sara Mohr-Pietsch will delve into the rich collection of music Bach composed for the organ in Choir and Organ.

Tom Service will explore the true joy of Bach through music which is considered the composer’s most life-affirming and uplifting in The Listening Service.

Words and Music will feature writings, poetry and prose by Bach’s contemporaries, partnered with Bach’s own music.

The Spirit of Bach will conclude with a performance of Bach’s seminal B Minor Mass in a recording from the Utrecht Early Music Festival on Radio 3 in Concert.

Drama on 3: The Devil’s Passion 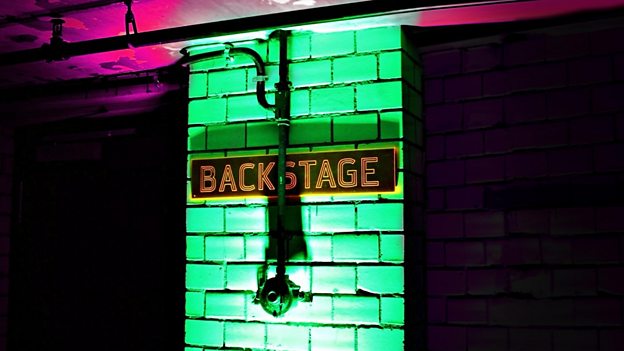 David Suchet stars as Satan in Justin Butcher’s comic and poetic hell’s eye-view of the Passion of Christ.

By turns comic, gripping, poetic and heart-stirring, The Devil’s Passion offers a radically fresh perspective, in an outrageously entertaining work by renowned satirist, playwright and actor Justin Butcher. This ancient story is played out in a chillingly plausible modern world of security, surveillance and ideological warfare.

David Suchet says: "When I saw A Devil’s Passion performed on stage I found it to be one of the most amazing evenings I’ve spent at the theatre. I am honoured to be a part of Radio 3’s adaptation which will allow audiences at home to enjoy the same immersive experience created by Justin Butcher’s formidable writing."

Sound of Dance - The Nutcracker 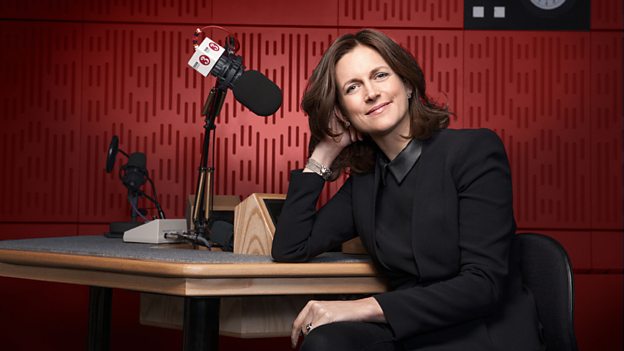 In a festive edition of Sound of Dance, Katie Derham takes a look at the much-loved Christmas favourite, Tchaikovsky’s ballet The Nutcracker. Katie explores how Tchaikovsky carefully wrote the music with the dancers in mind, and how conductors must work with the performers in order to shape the music. 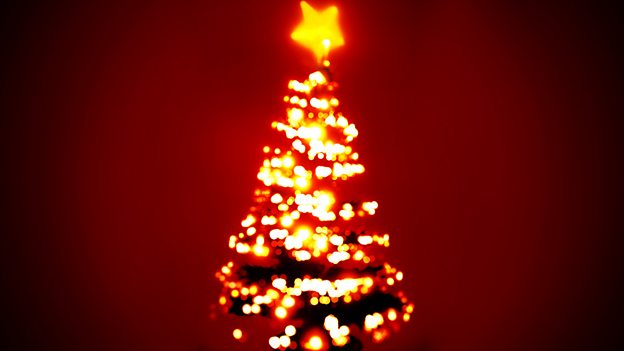 The day will begin with a live broadcast from Kallio Church in Helsinki for a programme of music for organ and wind quintet, followed by a concert from St Ulrich's Church, Vienna of traditional Christmas songs performed by the Vienna Chamber Choir. The journey will continue with a programme of Bach and Vivaldi recorded at the German National Museum in Nuremberg, and a live concert from Bulgaria of Dimitar Nenov's Christmas Oratorio. The Danish contribution to the day will be part of Bach's famous Christmas Oratorio followed by Scandinavian Christmas songs, and then to Frankfurt for Bach and Handel performed by Le Concert d'Astrée Chorus and the Frankfurt Radio Symphony Orchestra. A concert from Brno in the Czech Republic concert includes a premiere for baritone and chorus by Ondřej Kyas. The day will conclude in a monastery church in Mafra, Portugal with a spectacular Christmas concert music featuring six organs and three choirs. 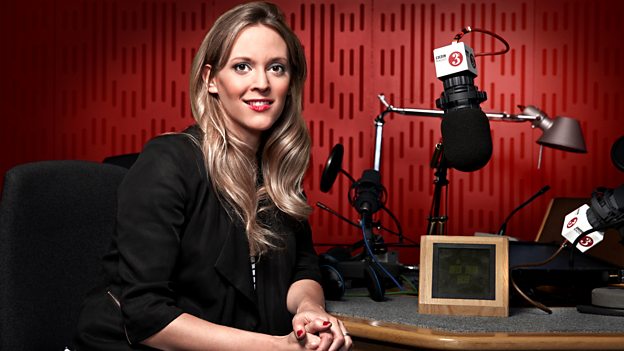 Clemency Burton-Hill presents her annual series showcasing BBC Radio 3’s stellar line up of New Generation Artists, some of the world’s finest young musicians at the start of their international careers. Across the festive season Radio 3 listeners will have the opportunity to enjoy performances from many of the 2017-19 cohort for the very first time, alongside brand new recordings by the class of 2016-18, including Egyptian soprano Fatma Said, the Calidore Quartet from the United States, and Romanian cellist Andrei Ioniţă.

In Radio 3’s most ambitious Slow Radio broadcast yet, writer and broadcaster Horatio Clare will reimagine Johann Sebastian Bach’s famous trek across Germany from Arnstadt to Lübeck in Radio 3’s ‘Bach Walk’. Horatio Clare’s Bach Walk will be broadcast in 5 episodes with the full 2.5 hour experience also available for download. Listeners can expect to hear the trudging of boots, the sounds of the natural landscape interspersed with snatches of Bach’s music, readings and Horatio reflecting on the experience of key parts of the journey. Bach Walk is an unusual programme offering a chance to step back from the busy hurly-burly of life and engage with natural sounds and meditative thoughts inspired by the gentle rhythm of walking in one of the most beautiful landscapes in Germany.

Horatio Clare says: "I am extremely excited to be part of this wonderfully original project. At that early stage in his life J.S Bach, who seems to have been a wilful and self-directed young man, must have regarded his expedition as an adventure, following his own star across a swathe of northern Germany, over farmland, through mountains and forests, over the Elbe and all the way to Lübeck. To take listeners on a winter odyssey through this most engrossing of countries will be a privilege, and, I hope, an adventure worthy of that amazing young man." 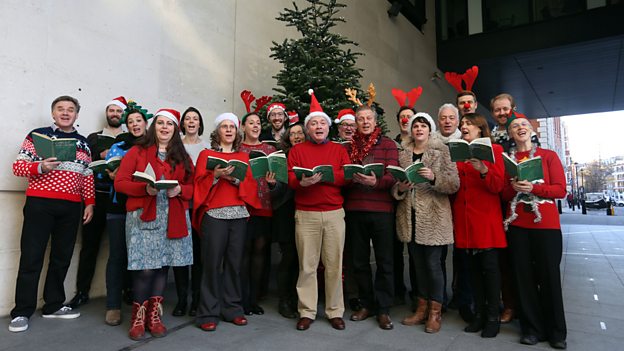 The BBC Radio 3 Breakfast Carol Competition opened on the 1 September, inviting amateur composers to compose a brand new carol set to the words of Sir Christemas, a text thought to be written in the late 15th century.

The six shortlisted carols will be performed live by the BBC Singers on Radio 3’s Breakfast programme in the lead up to Christmas, directed by David Hill. The winner will be decided by public vote, as listeners will be able to hear each of the shortlisted carols and vote for their favourite on the Radio 3 website.

The winning carol will be announced live on Breakfast on the 22 December, and played throughout Christmas day on Radio 3. 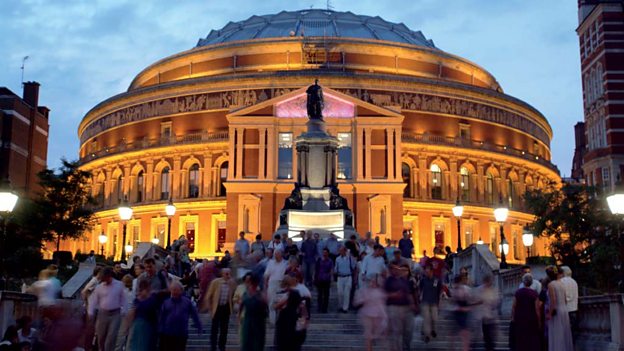 Opera on 3 - The Marriage of Figaro Live from the MET

In the last of the broadcasts of the seven major operas featured in the V&A’s exhibition: Opera: Passion, Power and Politics as part of the BBC Opera Season, Opera on 3 presents Mozart’s The Marriage of Figaro live from New York’s Metropolitan Opera. Conducted by Harry Bicket, the cast includes singers Ailyn Pérez, Nadine Sierra, Isabel Leonard, Luca Pisaroni, Mariusz Kwiecień and Ildar Abdrazakov. 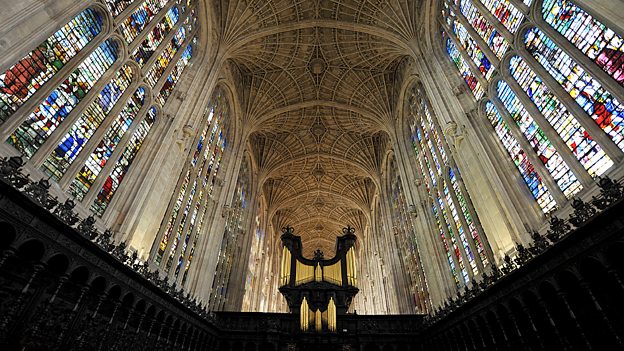 For many around the world, A Festival of Nine Lessons and Carols, live from the candlelit Chapel of King’s College, Cambridge, marks the beginning of Christmas. The service is based around nine Bible readings interspersed with carols old and new, sung by the world-famous chapel choir who lead the congregation in traditional Christmas hymns.

This year’s specially commissioned carol is by Welsh composer Huw Watkins, who studied at King’s as an undergraduate and is now Professor of Composition at the Royal Academy of Music. The carol, which will be heard in public for the first time on Christmas Eve this year, is a setting of part of the Welsh Plygain carol Eliseus.

Charles Dickens did much to shape the traditions of modern Christmas. Actor Simon Callow, who has written about and portrayed Dickens extensively, joins the BBC Singers for a unique seasonal celebration where Dickensian Christmas readings will be paired with carols from the era.

In a programme which marks the bicentenary of lighting in London’s West End theatres, Fiona Shaw explores how the illumination of the stage has been the latest and greatest innovation to theatre making. Despite this, however, listeners will be hard pressed to name recent Oliver-award winners for stage lighting, and theatre critics rarely review them. Fiona Shaw discusses the discipline with leading lighting designers working today. 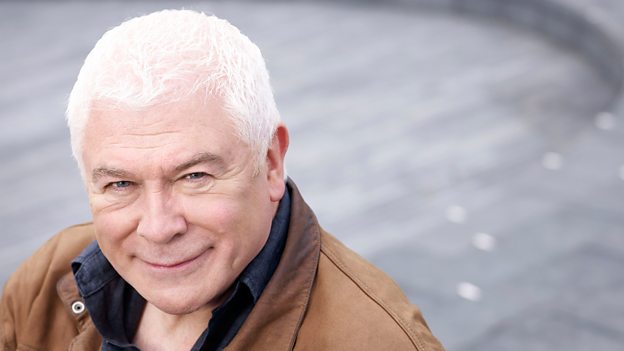 Sean Rafferty meets the legendary British mezzo-soprano Dame Janet Baker to discuss her illustrious career on the opera stage and concert platforms. Dame Janet shares her insights on her close working relationships with, among others, Sir John Barbirolli, Sir Charles Mackerras and Benjamin Britten. She also reminisces about her close ties with British opera houses, and discusses her role in the revival of the Baroque repertoire. The programme is illustrated with a selection from Dame Janet’s remarkable recordings.

Gabriel Prokofiev’s compositions have absorbed much of the Western classical tradition that his grandfather Sergei contributed so much to. In addition, however, his work draws upon a wide range of other influences, inspired by his background as a DJ and producer of grime, hip-hop and electro, as well as a personal love of techno music.

Gabriel’s Late Junction playlists reflect this wealth of influences and also dips into his personal collection of ethnographic field recordings. 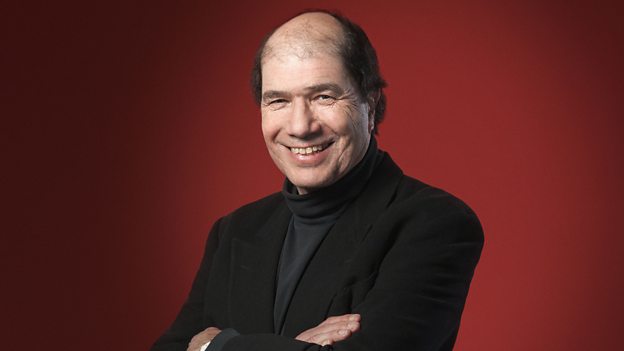 Michael Berkeley speaks to pianist Alfred Brendel, one of the great musicians of the twentieth and twenty-first centuries renowned for his masterly interpretations of music by Haydn, Mozart, Brahms and Liszt. He was the first performer to record Beethoven’s complete solo works for piano.

In Private Passions, Brendel discusses the composers and musicians he particularly admires. He also looks back on his early life, and considers how his recent hearing loss has affected his love of music. His musical selections include Bizet’s Carmen, works by Beethoven and German cabaret music.