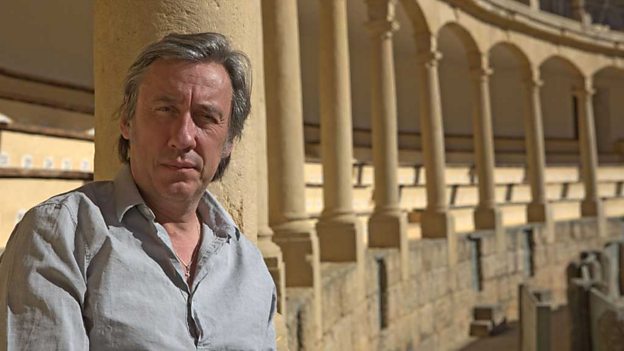 Presented by Andrew Graham-Dixon, this new documentary series for BBC Four explores the life and work of three great but often neglected British artists – Walter Sickert, David Bomberg and Paul Nash. Each artist will be the subject of a 60-minute programme examining their relationship with some of the major events of the 20th century, including World War One.

The first programme looks at the work of Walter Sickert. It explores how Sickert developed a new British art capable of commenting on 20th-century experiences and examines his response to the Great War.

The second programme focuses on David Bomberg, a reclusive figure who created some of the most memorable paintings of the first half of the 20th century. Bomberg was a pioneer of the English movement known as Vorticism and developed ways to express the spiritual aspirations of a generation scarred by war.

The third programme looks at the tragically short career of Paul Nash. Focusing primarily on his compelling images of both world wars, it also investigates the sad circumstances behind his early death, seemingly caused by the inhalation of mustard gas during World War One.

Writers Of The Somme

This one-off documentary for BBC Two tells the story of the battle through the experiences and words of the poets and writers who took part. Using animation, readings and contributions from historians, poets, biographers and descendants, Writers Of The Somme shows how their writing was inspired by specific locations and events, ultimately changing the way people think about war itself.

It has been estimated that more poets and writers took part in the battle of the Somme than any other battle in history. A cohort of literary young men – including Siegfried Sassoon, Robert Graves, JRR Tolkien and Edmund Blunden – served in the same trenches, fought in the same attacks and produced a collection of poetry and prose that has shaped the way people remember the Great War. Their poems, memoirs and fiction don’t just relate what happened; they take readers into the moment, evoking what it felt like to be there. While the individual works stand alone, when taken together their accounts provide a unique patchwork of perspectives that allow people to make sense of this important battle.

The Great War - An Elegy: A Culture Show Special

In a powerful new film for BBC Two, Simon Armitage sets out to explore how the catastrophe and conflict of World War One was given its greatest voice through the most surprising of mediums – poetry.

In a conflict like no other, Britain experienced death on an industrial scale – with more than 700,000 soldiers killed in four years. Through the impassioned verse of Wilfred Owen, Siegfried Sassoon and Isaac Rosenberg, poetry gave voice to the nation’s grief.

Believing that poetry can still fulfil this function in the modern age, Simon Armitage creates a vivid and moving elegy – a cycle of poems, inspired by objects relating to seven real-life characters affected by the conflict, each one standing for hundreds of thousands of men who perished in the Great War.

The Poet Who Loved The War: Ivor Gurney

When the Great War broke out, poet Ivor Gurney’s life changed utterly – for the better. Making use of a cache of newly discovered poems, this film tells the remarkable story of the writer with the fastest growing reputation of the entire Western Front soldier-poet generation. Ivor Gurney was a war poet like no other – he didn’t conform to the usual stereotypes.

Gurney was not an officer but a private – and wrote from the point of view of the ordinary front line soldier. He was an accomplished composer, which lent his poetry an entirely distinctive tone of voice. He loved the discipline of war and the routines helped him cope with an undiagnosed ﻿psychological disorder.

He wrote with real feeling and understanding for the Germans – and his own music drew heavily on the Lieder tradition. And, most unusual of all, he often presented the war from a comic perspective.

Gurney thrived at the Front. Having suffered manic-depressive bouts from his youth, he enlisted in 1915 and a marked improvement in his wellbeing followed. His motivation on signing up had been to swap ‘nervous exhaustion’ for ‘healthy fatigue’ and he succeeded: the discipline of military life, with its fixed schedules, regular meals and camaraderie ensured Gurney was happier during the war than before.

However, after the war Gurney struggled to adapt to civilian life. He suffered a breakdown and was confined to Dartford asylum until his death in 1937. But he carried on writing poetry – prolifically. Until now these poems have remained unpublished and largely unread, gathering dust in the archives. But in WWI’s centenary year, these poems appear for the first time as presenter Tim Kendall, the critic behind their rediscovery, brings Gurney’s unique poetic voice, with its singular perspective on the Western Front, to the wider public it deserves.

This landmark project charts, over the course of four years, how artists of all kinds responded to the conflict – from expressions of patriotism and honour to new kinds of war art: uncertain, disillusioned and bleak.

The artistic response to war was swift. Laurence Binyon’s poem For The Fallen, which includes the still-familiar lines ‘At the going down of the sun and in the morning/We will remember them’, was published in The Times in September 1914, just six weeks after war was declared.

The project focuses first on how an established generation of writers and artists, including Thomas Hardy and Edward Elgar, reacted to the conflict, and how events were portrayed in popular song, verse and theatre, with a rich vein of pragmatic British humour.

Soon these were overshadowed by a new generation, whose experiences at the front produced innovative and very different kinds of poetry and paintings. The conflict also offered a powerful focus for a very new medium – film.

From 2014-2018, The Cultural Front tells the story of the war’s profound effect on artists and the art of the 20th century.

In addition, BBC Radio 4 Extra will broadcast complementary archive programmes during each run.

Music On The Brink

The Great War signified a turning point in society, culture and politics. But what was really happening in the cultural life of Europe as 1913 came to a close and 1914, which was to become so momentous, was ushered in?

Throughout the week from 5 January 2014, Radio 3 relives the sounds of five cities in Music On The Brink. Starting in Breakfast, programmes focus on a different city each day: Paris, Berlin, Vienna, St Petersburg and London, exploring the musical highlights and the burning cultural questions of the time, and bringing to life each city as it was at the start of a fateful year.

The programmes involved include Breakfast, Essential Classics, Afternoon On 3, In Tune and Night Waves.

The Ballads Of The Great War 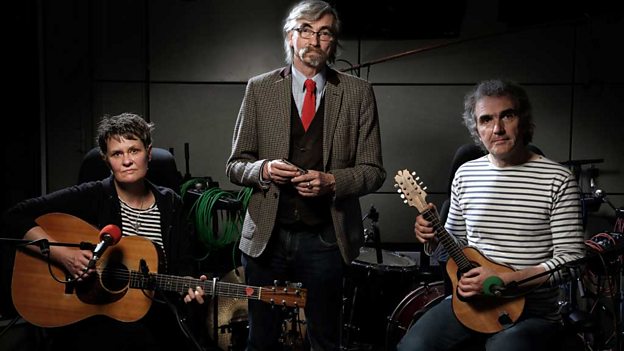 The Ballads Of The Great War is a series of hard-hitting but lyrical accounts of life and death on the Western Front in words and music. Featuring eye-witness accounts from veterans and 50 specially commissioned new songs by the cream of British folk songwriters, each ballad tells the story of the war in the words of the people who fought it.

The series is the result of a creative partnership between the producers, Smooth Operations, the Imperial War Museum’s sound archive and the In Flanders Field museum in Ypres, with new songs inspired by the vivid descriptions from veterans of events a century ago.

The five programmes in this new BBC Radio 2 series, broadcast over five years, offer a unique opportunity to experience the war at first hand, through the eyes of those who were there. The first ballad covers the outbreak of the war in 1914 and the early battles, with troops taken to the front in London buses and taxis, women handing out white feathers and hopes for a short war soon dashed.

Acclaimed singer-songwriters John Tams, Julie Matthews and Jez Lowe are among the hugely talented writers providing the musical landscape for the series. The executive producer is John Leonard.

Live In Concert - The Vienna Philharmonic In Sarajevo

The Vienna Philharmonic gives a historic concert in Sarajevo on 28 June, broadcast on BBC Radio 3 via the European Broadcasting Union.

On 28 June 1914 the heir to the Austro-Hungarian throne, Archduke Franz Ferdinand, was assassinated while on a state visit to Sarajevo, one of the key events which led to the outbreak of war. In this unique event 100 years on, Bosnia hosts the Vienna Philharmonic in concert in Sarajevo. The orchestra, under its Musical Director Franz Welser-Most, joins forces with the Opera Choir of the National Theatre of Sarajevo for music from France, Germany and Austria in a tribute to peace and international friendship.

A Soldier And A Maker - Ivor Gurney On Radio 3

BBC Radio 3 presents a week of programmes on Ivor Gurney, the musician and poet of great promise whose life was blighted by his military service, from which he never fully recovered, spending much of his remaining few years in mental asylums.

Gloucester-born Gurney has perhaps never achieved the widespread fame of the best-known war poets – and this centenary is an opportunity to celebrate and reassess his words and music. Gurney said of his creative efforts: ‘Despairing work is the noblest refuge against other despairs.’

In Composer Of The Week, Donald Macleod dedicates a week of programmes to Gurney, including specially recorded unpublished material from the BBC Symphony Orchestra.

Drama On 3 will be broadcasting A Soldier And A Maker, Iain Burnside’s new musical drama about Gurney’s life based on his poems, letters and songs.

Music In The Great War

In June 2014, BBC Radio 3’s daytime and evening schedule will be dedicated to telling the story of World War One through its music.

For two weeks the station follows the journeys of composers and musicians from Britain and across the world as they became caught up in the conflict. From orchestral and chamber music, to trench songs, music hall, the rise of jazz and the music of non-Europeans swept into the war by Empire, Radio 3 programmes discover music expressing jingoism, pride, escapism, nostalgia, camaraderie, grief and loss – and explore how music uniquely captured the mood of a society in total war.

Each day focuses on how the war affected the music and culture of a participant country, including Russia, Germany, Austria-Hungary, France, the USA and the UK.

There will be a showcasing of the work of the ‘combatant composers’ such as George Butterworth, Cecil Coles, German Rudi Stephan and Australian-born Frederick Septimus Kelly – all killed in action.

Live music includes concerts from the BBC Concert Orchestra and the BBC National Orchestra of Wales, focusing on musicians in exile.

Plans for how the BBC Proms will reflect World War One in its centenary year will be unveiled in April 2014.

The BBC Asian Network will be marking the centenary of World War One through a special musical commission featuring artist performances and community voices reflecting the significant contribution of their ‘Fauji’ (meaning: soldier) forefathers with stories shared in a range of languages including Punjabi, Hindi, Urdu, Gujarati and Bengali.

BBC Asian Network’s broader programming will feature young British-Asian voices sharing their personal family histories and perspectives on the Great War and will seek to discover what this centenary really means to modern British-Asian communities.