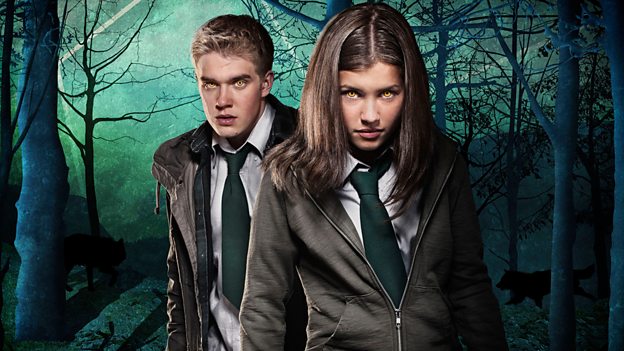 Category: CBBC
Brand new fantasy action drama Wolfblood comes to CBBC this September, telling the story of two seemingly ordinary teenagers, who are secretly part of a mysterious race who have lived amongst us for centuries, disguising their abilities and blending in: Wolfbloods.

Maddy Smith (Aimee Kelly) is keeping a secret; a secret so important she can’t even tell her best friends Shannon (Louisa Connolly-Burnham) and Tom (Kedar Williams-Stirling) as it could put her whole family in danger.

Maddy is faster and stronger than she appears, she can hear ultrasound, see in the dark and track a scent from a mile away. It does have its benefits, as the school bullies can’t hide their mean tricks from her, but it also has its problems, like when she has to wear wellies to school because her mum ate her plimsolls.

Living the life of an ordinary teenager is difficult anyway, and having to lock your parents in the cellar when they change on the full moon certainly doesn’t help, but she’s managing fine until the mysterious Rhydian (Bobby Lockwood) turns up.

Rhydian is a foster kid – the dangerous new boy in class who also hides a secret: he too is a wolfblood. Growing up in care means he knows nothing of other wolfbloods or how to deal with the changes he undergoes. He offers Maddy excitement and adventure, using his powers rather than hiding them. Maddy immediately knows he’s a wolfblood, but if he’s not careful, soon will everyone else!

Wolfblood follows the tense relationship of Maddy and Rhydian as they make their way through the trials and tribulations of high school, rivalries, friendship and heartbreak – all the normal pains of growing up, just with added wolf powers and the constant danger of discovery. They have to try and cope with Shannon’s obsessive belief that there is a ‘Beast on the Moors’, all whilst coming to terms with their amazing abilities and struggling to control them.

The 13 x 30 minute series is produced by Foz Allan, and executive produced by Gina Cronk. The directors are Will Sinclair (Misfits/Vera) and Declan O’Dwyer (Casualty/The Bill); music is composed by Andy Price (Law and Order/Robin Hood) with a title song sung by Lisa Knapp. The series was designed by Cat Meredith (Fades/Summerhill) with visual effects by Munich-based Trixter ( X Men: First Class) and shot entirely on location in Northumberland.

Wolfblood was created by Debbie Moon and is a co-production between CBBC and ZDF/ZDFE.