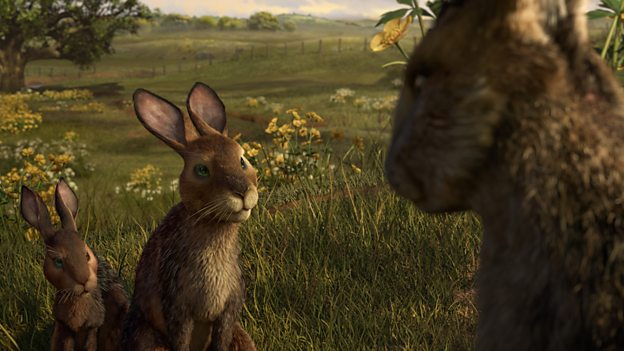 An interview with James McAvoy (Hazel)

I was excited by the opportunity to try to bring Watership Down to a new generation, on such a huge scale as has never been done before.James McAvoy

What made you want to be a part of Watership Down?
From the deep love and terror that watching the 1978 animation put inside my bones, and then from reading the novel later in life when it blew me away all over again. I was excited by the opportunity to try to bring Watership Down to a new generation, on such a huge scale as has never been done before. I think it’s a story you can relive in any decade.

Tell us about your character.
Hazel is quite ordinary when we first meet him. He’s quite middle of the road, but he has this exceptional brother, Fiver, who is incredible and highly sensitive, to the extent he has visions of the future. When Fiver says he has a really bad feeling about something and that they’re not safe to stay at their warren anymore, Hazel trusts his brother implicitly. They then set off on this adventure to find a new home, which Hazel is at the forefront of.

Did you do anything to prepare for the role? How do you even prepare to become a rabbit?
No not really. I suppose, at least emotionally and verbally, the rabbits are pretty anthropomorphised. Although I did think of a couple of things, which I guess informed my performance in some way. For example, the rate at which a rabbit’s heart beats is incredibly fast - to the extent that they can have heart attacks just from being overexcited or panicked. They have this thing where they can freeze if they are overstimulated, such as when they’re in the headlights of a car. In the world of Watership Down that’s called going tharn.

What do you think it is that has made Watership Down so successful over the years?
I think that, even though Watership Down is about rabbits, it deals with things that children are interested in but don’t get a chance to explore in other forms. Usually in children’s media, whether that is TV, film or books, you don’t get anything which is so in-depth with matters of mortality, faith and the clan-based nature that society still lives by - as well as themes of war and violence. All of these themes are really big, emotive, dangerous things to talk about with anybody. As such we often don’t talk about these things with children. Children may sit down to watch this because they think it’s a nice bedtime story about rabbits, and it is but they also get a no-holds-barred, in-depth investigation into society and why, we, as animals - because human beings are animals, despite thinking that we are this enlightened, heightened creature - do what we do.

Are there any specific themes that make Watership Down especially relevant to an audience in 2018?
I don’t know if this makes it especially relevant to now, but one of the things I have always responded to was the idea of a bunch of people - or rabbits, in this case - saying "we don’t like the way society works, so we’re going to do it on our own in a different way" - and having the bravery to go and find that freedom to live in a more gentle and less structured way. As I kid I loved that, and as an adult I really love it.

Why should viewers tune in to watch this series?
Because it’s rabbits on the run - it’s brilliant! It’s a bunch of rabbits running for their lives, with an incredible cast, it’s got some of the best acting talent that Great Britain has to offer - that’s pretty special. The artwork is beautiful, and I think the animation is really cool.

Have you ever had a pet rabbit yourself?
No, because unfortunately I’m actually allergic to most animals you can keep as a pet. I’m allergic to almost all farm animals, cats, dogs, rabbits and lots more. So I can’t really work with them, let alone keep them. This is a good way of working with rabbits without sneezing!