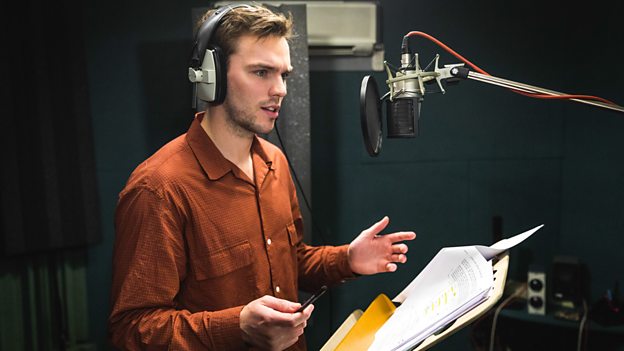 An interview with Nicholas Hoult (Fiver)

I lived in a hutch for five weeks to prepare for this role. I’ve only been eating carrots - I can see in the dark very well.Nicholas Hoult

Tell us about your character…
I play Fiver. He has visions - so he can see into the future, but he can’t always interpret what it means. At the start of Watership Down he discovers in a vision that Sandleford Warren - where his group of rabbits live - is going to be destroyed by humans building. Fiver tries to encourage all the rabbits in the warren to move - some take that leap of faith and believe in Fiver enough to follow him, but some don’t.

What first attracted you to this project?
I read the book a long time ago, and what I think is very cool about this version of Watership Down is that it is an adaptation of the book as opposed to a remake of the film. And as this is a mini-series, we have longer to tell the story.

I actually heard this was being made through James McAvoy, who told me about it when we were working together on X-Men. I was so excited by it, that he explained to the producers that we’re really good friends and have almost a brotherly relationship. James was playing Hazel, so it made sense for me to play Fiver, his younger brother.

How do you prepare for an animated role like this?
I lived in a hutch for five weeks to prepare for this role. I’ve only been eating carrots - I can see in the dark very well. I have big ears and a little tail that I put on when I’m at home. It’s rather like living in the playboy mansion, but it’s just me.

Have you met any of your fellow cast members?
It’s an interesting process doing this, as a lot of the time you’re on your own in a booth. Luckily, for the relationship between Fiver and Hazel, I know James McAvoy very well. I’ve worked with Olivia Colman recently, and I’ve worked with Gemma Arterton. There’s a really stellar cast, and if you’re lucky they have recorded their side of the scene first - so you get to hear them and use that to prompt your responses.

Should we be scared?
The story is scary at times. Particularly for me, watching Fiver’s nightmares, as they are fairly terrifying. But it’s all there for the story, and not unsuitable for your children to be watching with you.

Do you have anything in common with your character?
I don’t really share too much with Fiver… he doesn’t even really have my voice, because when we started recording this we realised my voice sounded too old and not young enough compared to James’ character. I have to pitch my voice up a bit and try to sound younger. It’s quite difficult at times.

What’s been one of your favourite things about working on this project?
One of the fascinating things about this - and also what makes it quite difficult - is that there’s a wonderful language in Watership Down that the rabbits use to describe human things or words… like hrududu, which means car. That’s a word you obviously don’t say every day, so that’s made it challenging at times. It’s one of the many things that I think is wonderful about Watership Down.