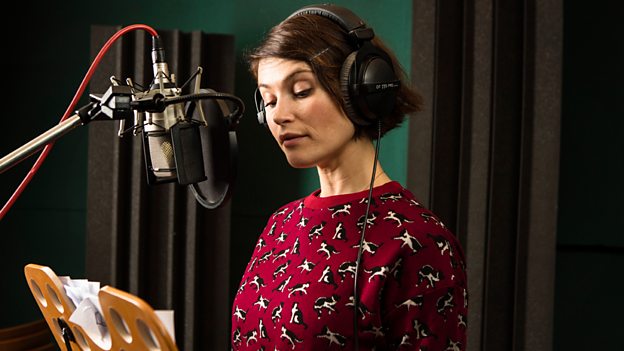 An interview with Gemma Arterton (Clover)

You can read Watership Down as a kid or as an adult and it will impact you at different points in your life for certain reasons.Gemma Arterton

Who do you play?
I’m playing Clover. She's a hutch rabbit, so she’s not like the other rabbits who all live in the wild. Clover’s quite different - even visually she looks quite different to the other rabbits. She’s cute and fluffy. She’s never been out into the wild. She meets Fiver and Hazel when they free her so she can join them on their expedition. Clover's quite naïve at first, as she’s been very protected all of her life, but she has a desire to escape and see the world. She’s definitely got a fighter’s spirit - she’s quite a rebel. She ends up falling in love, too.

What first attracted you to the project?
Watership Down is such a classic story in British literature. I remember seeing the 1978 animation when I was very young - and being petrified by it. Having revisited the story as an adult, it’s so pertinent, especially for these days and these times. Also the team behind this are people that I’ve known and people that I’ve worked with so, although it’s a huge project, it felt like a family. I thought it would be brilliant to be involved in the new, contemporary take on Watership Down and bring it to a younger audience.

How do you prepare for an animated role like this?
This is the first real animation I’ve done where my voice is recorded first and then they animate around it. It’s bizarre to be working on something which hasn’t been visually realised yet, but it’s great because you get to be really creative with it. Noam the director wanted everyone’s essences to really be present in the characters. You’d think you’d have to do a special rabbit voice but he told me to just use my accent and voice. The book and the script inform your performance, and although the characters are rabbits the main thing was to bring out the humanity of them.

Have you met any of your fellow cast members yet?
It’s such a great, eclectic mix of the British film industry. Some of them are people who I’ve worked with before like Sir Ben Kingsley, who I did The Prince of Persia with. It was one of my first films around ten years ago. Sir Ben played a baddie and I played a princess, so it’s funny as we’ve a similar sort of dynamic in this. And Nicholas Hoult and I did a film years ago when he was a baby called Clash of the Titans. It’s quite a small world, the acting world!

I also met John Boyega years ago, before he was known. He probably doesn’t even remember this because now he’s such a huge star, but he interviewed me once when he was starting out. I think it was for his school magazine or something like that. I remember he was so sweet because I was doing a play and he came to meet me before the play and gave me some flowers. It was really sweet. He’d just done Attack The Block with my friend Jodie (Whittaker) - and she was the one who set up the meeting. And now he’s such a huge star. It’s funny. I wonder if he remembers that, I bet he doesn’t. I remember it!

Does Clover have any of your features?
She’s a white and ginger rabbit with blue eyes - so I don’t know if she looks like me. But they also film us in the studio when we are doing the dialogue and apparently often a lot of the movements come from us - so the way our eyes or noses move… There’s been a few times where I’ve had to do a rabbit sniff. Maybe the shape of her face is a little bit like mine - it’s quite round.

Can you tell us about any preparation you’ve done before recording?
I read the book when I started working on this. Ours is a really close adaptation; it’s really detailed, and because we have four episodes there is much more of Richard Adams’ story in there.

The main thing was to meet the team, the animators and get an idea of what the world was going to be like. Our animation is different to the 1978 film's animation, which was very 2D. This one has a lot more texture to it, so it was really helpful for me to understand the world that it takes place in.

How is working on a voice role different to working on a live action one?
When you are working on a live action film, you are giving everything in that moment - the physicality, the way you move, the script, the voice - everything is happening in that very moment. With an animated series, all you’re doing is giving the voice and then everything else is added in afterwards. For Watership Down, it’s such a long project - it’s taken over three years to make. I started recording it a year and a half ago and then you come back in and you record another bit. It’s layering, rather than shooting something for two months and it then being done. There is a much longer period of time where you can really layer it up. It’s a completely different process.

Watership Down has a reputation for being quite scary - should we be afraid of this?
I think in a way Watership Down is supposed to frighten people. On one level it’s a harrowing, wake-up call to get us to look at what we are doing to our environment and our society. I think without there being those elements, it wouldn’t have the impact that it has. I remember watching the 1978 film as a kid on telly and thinking it would be a lovely bunny rabbit film - and it’s not. That’s what stays with you. It’s a very epic, beautiful story - but it’s filled with tragedy as well. That’s why it caters for so many. You can read Watership Down as a kid or as an adult and it will impact you at different points in your life for certain reasons.