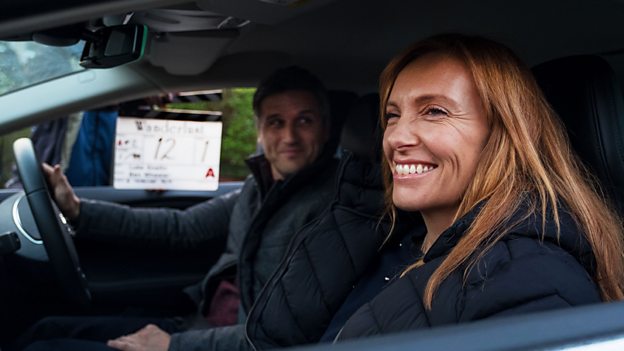 I think I just wanted to write about sex and relationships.Nick Payne

Where did your idea for Wanderlust originate from?

I honestly can't remember.  It was years ago now that I started writing it as a play for the Royal Court Theatre, maybe 2009 or so? I think I just wanted to write about sex and relationships.

Wanderlust was originally a theatre play. How did you find writing for TV?

I found writing a TV show exhausting and thrilling in equal measure. Wanderlust for TV came about after a discussion, years ago, with the show's two executive producers, Roanna Benn and Jude Liknaitzky, after they had read the play and said they were looking for, or interested in finding, a show about sex and relationships.

What are the main differences between the TV programme and the theatre show?

The differences are huge. Theatre is a comparatively small, or intimate, endeavour; a relatively small number of people working together to make a show that only a finite amount of people will ever get to see. And then it's gone. Making a TV show seemed to be a huge undertaking; it takes years, hundreds of people are involved, and so on. And I guess unless there's some kind-of archiving issue, a TV show will 'live' forever.

What did you think when Toni Collette was cast as Joy and Steven Mackintosh was cast as Alan? Did you have any involvement with casting?

Yes, I was involved in casting. I think they're both brilliant, so I was delighted when they both said "yes".

Did you visit the set to see filming at all?

Not really very much and not as much as I would have liked. My daughter was very young at the time of shooting, so I didn't want to be away for too long. There's a gig in episode two, I went along to watch that. Also I saw a really beautiful scene being filmed in a church in Bury for episode six. But that's about it!