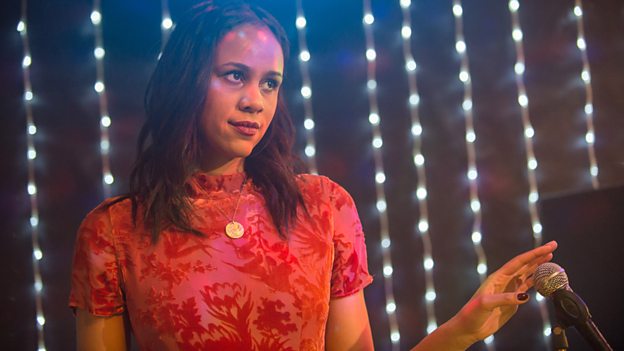 Young women are still pressured by society into such archaic roles when it comes to relationships, sex, marriage and motherhood.Zawe Ashton

What attracted you to the role of Claire? Tell us about your character.

I was attracted to the project initially because of Nick Payne. He's a brilliant writer and has been a friend for years; we were in the same Royal Court Young Writers Group when we were in our very early twenties. In fact, I remember we got paired up really early on for a writing exercise, we had to read extracts of each other's work and give feedback. I've been a fan since then! I knew his style and tone would be perfect for the subject matter. Then when I heard Toni Collette was playing Joy, I was even more keen to be a part of it!  I was interested in playing someone who was attempting to challenge social norms. Young women are still pressured by society into such archaic roles when it comes to relationships, sex, marriage and motherhood. I wanted to play someone who wasn't drawn to that, but still didn't have all the answers herself.

What scenes did you enjoy filming in particular?

The group scenes were really fun to play. When the lights are finally switched on and each character can see the entire situation for what it is! No more denial! Nick writes that awkwardness deliciously well.

Had you previously seen any of Nick’s theatre work?

I had seen Wanderlust upstairs at the Royal Court. I'm a Nick fan, I see everything he does.

Toni is a wonderful woman and very rare talent, every role she takes on is always surprising and different. She's one of the most versatile actresses in Hollywood. Her attitude to the work is really inspiring. She's a powerhouse actress who is a total team player and very much into female empowerment on a cellular level when it comes to how she interprets the scenes and the script. I think Joy is going to be a real inspiration to lots of women watching.

Are you excited to see the reaction to Wanderlust?

I don't tend to go into any job thinking about the audience reaction. I do my job as best I can and then sort of run away! I do always try and do work that I'm going to be interested in talking about when it's released. I'm really interested in engaging in conversation about the themes in the piece.