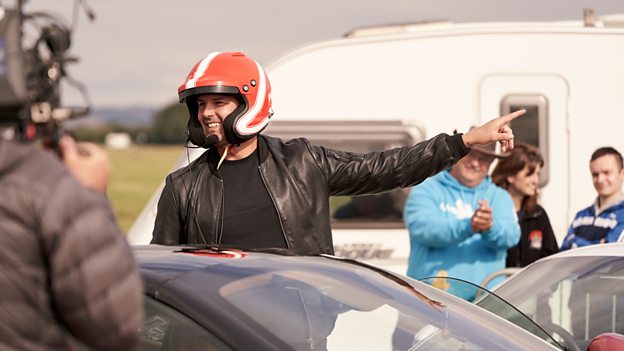 We have seen some really bad toilets! We should do a little show on iPlayer about toilets of the world.Paddy McGuinness

Paddy’s first outing was in a series of six one off episodes in Channel 4′s The Comedy Lab which aired in 1998. He appeared alongside Peter Kay. In 2000 he got the part as Paddy the doorman in That Peter Kay Thing. This led to the massive spin off series Phoenix Nights. Paddy then went on to co-write (with Peter Kay) the eagerly anticipated spin off to Phoenix Nights - Max And Paddy: The Road To Nowhere.

This led Paddy to embark on his first ever solo stand-up tour, The Dark Side. Paddy performed 108 dates, entertaining audiences across the UK with his sell out shows in 2005/6. The DVD Paddy McGuinness: Live was the bestselling comedy stand-up DVD at the time. A number of tours followed this in 2008, an arena tour in 2011 and most recently his 50 date UK tour 2015/16 Daddy McGuinness, which saw him receive a host of rave reviews.

Paddy is well known for his contributions to popular TV shows including This Morning, 71 Degrees North, Mad Mad World, Your Face Sounds Familiar, Stars In Their Cars and Coronation Street. Paddy also teamed up with Leigh Francis, producing two series of the much-loved movie parody series The Keith And Paddy Picture Show.

Last year Paddy launched a new gameshow, Catchpoint. Following the success of the debut series, a second series will return to the BBC in 2020.

Paddy has regularly taken part in Soccer Aid for UNICEF and, alongside his wife, Christine, has been working closely with the National Autistic Society, raising £200,000 from their annual Twinkle Ball which is organised and curated by the couple. 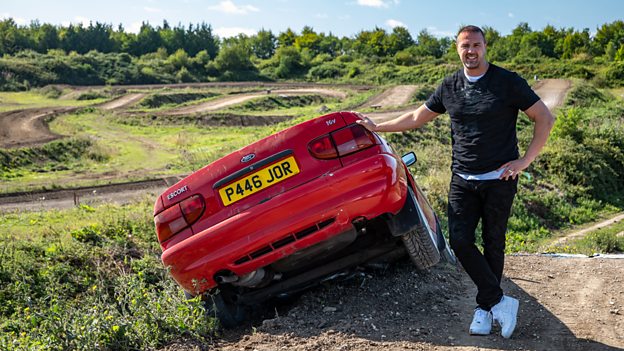 Is anything on Top Gear ever set up for the cameras?

No. Everything is genuine. We show it as it happened. We want to keep it as real as possible. It is sometimes very frightening, but it all makes good telly.

Do you ever get nervous beforehand about the hair-raising stunts that you do in places like Peru?

No, because the producers don't tell us about them in advance. They don't give you the option. If they told you beforehand: "You're going to drive this road and it's really high up and windy", you might say: "Oh, I don't fancy that." But you just come to it in a car, so you can't do anything else. You have got to drive it. When you're there, you are that in it, you just do it.

When I've seen footage recently of what we've done, I have thought: "Wow, that is high up." But you are that swept up by it in the moment, that you just get on with it. At the time, you are driven by adrenaline and you are usually tired and wet, so you just do it. It's is one of those things.

Do you always stay in luxury hotels when you're filming Top Gear?

No. It's not what you think. A lot of the places we go are so far off the beaten track that it's not like being a pampered Saturday night TV personality. It's a bit of a shock!

Are the public toilets any better?

Travelling the world, do you get a sense of the global popularity of Top Gear?

Yes. The thing that always amazes me is how often we get recognised in the most surprising places. Chris is very much the kind of guy who doesn't want to be in the limelight. But when we went to Ethiopia, as soon as we got off the plane, he was accosted by people saying: "Chris, Chris!" I thought it was a bit mad seeing that, but then I realised that's the thing with Top Gear. It's a worldwide show. That takes a bit of getting used to.

Do people recognise you everywhere you go?

No. No one recognised me in Nepal, although they all knew Fred because cricket is so popular there. He did have his cricket whites on, though: "No, I don't want to talk about it! No, come on, I'm not here for this!"

Have you been delighted by the very positive reaction to the first series hosted by you, Freddie and Chris?

Yes. We are all very pleased. When you are filming it, you're having a laugh, weighing it up and saying: "Yeah, I think that'll be all right." But you never know until it's on, and some things work and some things don't. I always felt comfortable personally about what we had filmed. You can't do much more than that. But it's really pleasing to hear the positive reaction.

The producers sent me a load of stats on the show. I was like: "God, that's quite impressive. We've gone up 33% in America." Genuinely, when we are filming it together, we feel like we are in a bit of a bubble, and we really don't think about viewing figures. So, it's very nice that people are falling in love with Top Gear again. It's lovely knowing that it's back up there and people are really enjoying it.

Even in the days where Top Gear wasn't doing as well, there was a lot of negativity around it and everyone had an opinion on it, for whatever reason, I still felt viewers didn't want it to fail. People wanted it to be back to where it was. They don't want it off air. It is a British institution. People love the show. So I'm very glad we are all a part of that now. We just give it our best shot and that's all you can do. It's a lovely show to be involved with.

There is a lot of banter between you, Freddie and Chris, isn't there...

Yes. I have been saying to the executive producer, Clare Pizey, that we should put stuff online that doesn't make the show. There is so much that we do off-camera that might be a little too much for the episode, but if you put it on the iPlayer, people would probably watch it.

Why do you think the chemistry between you three presenters works so well?

If you have to force something, the viewer can tell. When you watch the show, you think: "They've been put together because an exec has thought: 'That'll work.' They are trying their hardest, but it's not really working." With us, it's not that difficult. Nothing's changed since we started. We will take the mick out of each other quite savagely - more so when it's not on camera. We all know that, and all roll with the punches. But having said that, if one of us is having a bad day, we're always there for each other. Our relationship doesn't feel forced. That's the beauty of it really.