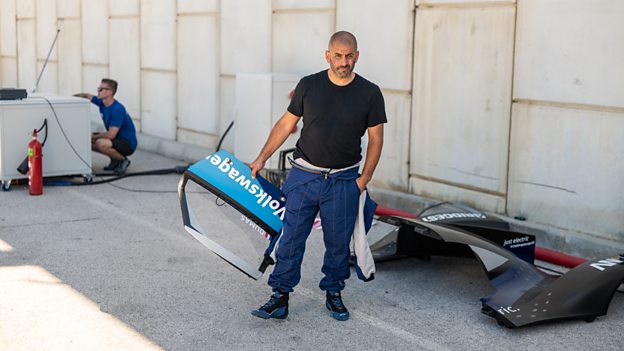 If I am making a serious comment about a car, you know that within four seconds Paddy will say something ridiculous harpooning everything I've said, and Fred will then chip in with something to undermine him.Chris Harris

He brings the finest motoring expertise to Top Gear, thanks to an extensive history as a car journalist and racing driver. If you’ve picked up a car magazine or clicked around an automotive website in the past decade and a half, chances are you’ve seen Chris, powersliding the very best cars the world has to offer.

Before Top Gear, he was probably best known for his popular YouTube channel, Chris Harris On Cars which he launched in 2014, and established with the help of long-time friend Neil Carey, the channel now has over 437k subscribers. Chris currently presents the online car review series Chris Harris Drives for topgear.com

With hundreds of thousands of online followers, Harris is the go-to for brutally honest, no-holds-barred automotive journalism. And that’s backed up by the fact that he’s pretty handy behind the wheel - his experience (and talent) in single-seater, historic and endurance racing means that it takes a very special car to earn the Harris stamp of approval.

That said, a laundry list of cars have vied for it - from brutally quick road cars like the Ferrari F12 tdf and Bugatti Chiron to impossibly exclusive track weapons like the Aston Martin Vulcan and Ferrari FXX-K. And pretty much everything else with a steering wheel.

Over the years, Harris has put his money where his mouth is (not literally; that’d just be strange) and bought modern classics like the Lamborghini Gallardo and Ferrari 599. But the car closest to his heart? That’d probably be either his customised ’72 Porsche 911, nicknamed Kermit or his 1957 Citroen 2CV. 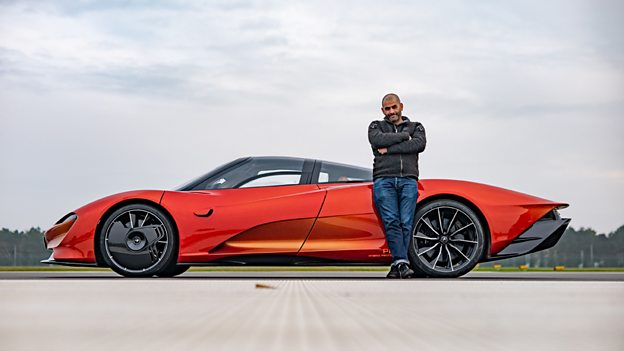 What are the highlights of the new series for you?

The car bungee film is a standout. Fred's performance is fantastic. It embodies everything Top Gear should be about. It's great Sunday evening entertainment. You can imagine sitting down with your family to watch it whooping, hollering and gasping - all the things you want people to do when they watch Top Gear.

What was the outstanding foreign trip for you this year?

Peru was amazing. We had just come back from filming the Christmas special in Nepal and were all still hypoxic from the altitude. So going back up to 14,000 feet just ten days later was a bit full on! But it was really good fun. There's some good old American metal in there and excellent scenery and loads of laughs. What people need to know is we try and cram all the laughter into the episode, but the reality is there is so much of it, only about 30% of it gets in the finished show. As soon as Paddy opens his mouth, I start laughing, and Freddie has a wonderful ability to drop in one-liners as well.

What other films did you enjoy shooting for this season?

There's a great film we made in the UK. We start in Bognor Regis in three cheap convertibles and drive along the south coast before heading off to Essex. I'm slightly addicted to the Engelbert Humperdinck song that introduces the film. I love the way Top Gear subverts things. For example, you have an image that makes you go: "Wow, this is amazing", and then three idiots crash the frame and totally spoil the effect. In this, you have this lovely Engelbert Humperdinck song, where he sings: "Quando, quando, quando." You are expecting the Italian Riviera and a beautiful speedboat, and then into the frame comes Paddy in a terrible 1994 Escort convertible.

Is it important that you film a lot of Top Gear in the UK?

Yes. We are doing less international travel now. International filming now only makes up around 1/3 of production, it's a British car show, and why wouldn't we film it in the UK? We have wonderful scenery. I love the foreign adventures, and we will always go away. You have to see other cultures to understand the world. But the UK stuff is absolutely spot on. It's also easier for us because we don't get jetlag!

What else should we look out for in the new series?

There is a test on a new electric Porsche. Porsche is the last bastion of cars for petrolheads. So when they start making electric cars, you realise the world really is changing. Expectations were high, but the car really delivered.

Why is this the chemistry between the three of you so watchable?

We didn't have much of a honeymoon period with this show. This lineup had to work from the start. We are really proud of the fact that the chemistry worked from day one. Now it feels like second nature working with them. Like any team sport, players have different strengths. I'm from a more rigourous journalistic background. If I say a car is good or bad, the viewers can trust the fact that I have spent all my working life reviewing cars. Fred has a fantastic competitive ability and after his sporting fame has turned out to be a really great broadcaster. Paddy has the ability to make an audience laugh immediately and provide a bit of absurdity as well. So we are all quite different people, but we knock along together really well.

The language of the shoot has become second nature. If I am making a serious comment about a car, you know that within four seconds Paddy will say something ridiculous harpooning everything I've said, and Fred will then chip in with something to undermine him. The phrase is schtick, and we have great schtick.

Was it just luck that you had such instant chemistry?

No, it was great screen testing by the executive producers Alex Renton and Clare Pizey! They immediately spotted the fact that it worked. I don't want to belittle the process of television, but this is two big presenters and one small one, it's two northern voices and one southern one. It's pandering to the fact that you need those differences to create fun frictions on screen. They shouldn't be frictions that become hateful and horrible or you can't have a working relationship.

For instance, I can't understand why Paddy brings Crunchy Nut Cornflakes all the way to Nepal. I think he should just eat the local food. But I don't dislike him for that. In fact, I think it is wonderful because it means I can wind him up about it!

Is it important that Top Gear has a very wide audience?

Yes. I've heard the show referred to as: "Dad and lad TV." That's quite a nice phrase, but it doesn't tell the whole story. Top Gear is for the whole family, regardless of gender, sitting down together to enjoy some slightly silly escapism. It's 80% fun and 20% rigour. You know what? I think as a country we deserve a bit of downtime. We have just had three and a half years of incessant politics and seriousness and: "The world's about to end." But life doesn't have to be 100% serious. We shouldn't feel guilty about having a bit of escapism and that's where Top Gear sits. It's light-hearted fun and that's why it's viewed as a national treasure. The moment you see Fred grinning or Paddy gurning, you think: "I want to watch this!"

Are you pleased that Top Gear is so popular again?

Absolutely. It's re-established now. My northern friends have really, really helped with that. They have brought a whole new audience. I always wanted the show to be loved again. I wanted people to come up to me and say: "I love Top Gear again", and that's what we've done.