Top Gear is back, with a shiny new presenter line-up 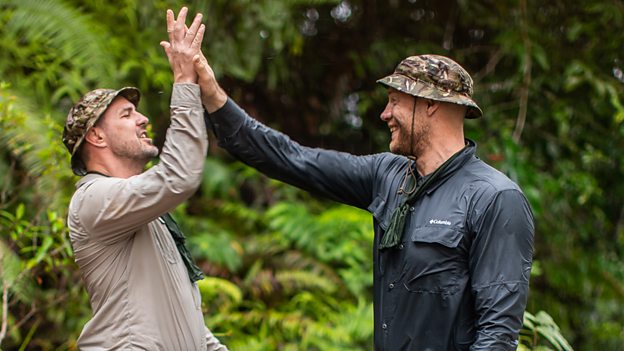 What we get when they are all together is a whole load of mickey taking, ruthless competition and huge amounts of laughter - and what ties them all together (and causes most of the friction) is a genuine love of the motorcar.Alex Renton

What can Top Gear fans except from the new series?

Series 27 is packed to the rafters with classic Top Gear ingredients; from powertests at our track in Dunsfold, to foreign adventures in Ethiopia, Borneo, to daredevil challenges in Iceland. Add to this the new presenting dynamic of the fiercely competitive Freddie Flintoff, the quick-witted Paddy McGuinness and the petrol head’s petrol head Chris Harris and the show is hitting new levels of energy, excitement and entertainment.

With Harris we have served up the newest and most potent track cars for him to wring the neck of. He takes the wheel of both McLaren’s and Ferrari’s most track focussed road cars to date and puts them head to head to find out which is best. He is also testing out the latest from the Italian manufacturer Dallara and more! We really shouldn’t be paying him for this should we.

Away from the track we take great pride as producers in parachuting the presenters into situations where they are way way outside of their comfort zones. With Paddy, who by his own admission is not a well travelled man, this was not difficult and so sending him into the wilds of Borneo as soon as he touched down and shook the ground controller’s hand saying: “’ello, I’m from Bolton,” we knew we were in for a treat. Roll on two hours and he’s stuck in mud, with insects in his car and having to corral a truck full of locals to help push his rare French sports car up a hill. Welcome to Top Gear.

Fred has brought a totally fearless and highly competitive element to the show which has only encouraged the producers to push things further than ever before. Taking on the challenge, we sent him out to Iceland to compete in the Formula Off Road event. If you don’t know it, it is 1000 horsepower vehicles tasked with climbing vertical cliff faces and aquaplaning across lakes. Welcome to Top Gear.

Whether abroad or in the UK with all VTs the car is the star and whether we are building our own electric sports cars, or finding the ultimate family car, the car is at the epicentre of what we do.

What was your personal highlight from making series 27?

There are loads of standout moments in this new series which is filled with challenges and laughter, but I would have to say that Ethiopia was a big highlight for me. Having worked on the show for the last 14 years, I am lucky to say that I have seen much of the world and Ethiopia was a true eye opener. It is the first film that we will show of the new series and will be the first time that you will see the dynamic that exists between the three presenters. They are in the first cars that they owned and their reactions to these cars in this extraordinary landscape is amazing. Add to that a blindfold challenge, a TG high speed driving test in a quarry, a game of table football against the locals and a desperate attempt to keep their cars alive whilst driving through the hottest place on earth and we have a memorable series opener.

Can you tell me about Freddie, Paddy and Chris’ dynamic?

They have hit the ground running. It is a triumvirate that has worked brilliantly from the very moment they all got together.

You have a very competitive and fearless sportsman who wants to win at all costs in Freddie. A brilliant performer who will disarm you with laughter and then thrash you in a race in Paddy and the ultimate petrol head and racing driver in Chris.

What we get when they are all together is a whole load of mickey taking, ruthless competition and huge amounts of laughter - and what ties them all together (and causes most of the friction) is a genuine love of the motorcar.

What is it that still makes Top Gear so popular globally?

The car is at the heart of every film we make. It is something that everyone has a relationship with across the world and is integral to people’s lives. It is where we spend a large amount of our time and is a part of our relationships that we have with our friends and family and the memories that we have about them. Top Gear recognises that, and is able to capture how it exists in its different forms across the whole spectrum of the automotive world. Whether it is extraordinary motorsports like the cliff climbing formula off road in Iceland, or getting locals in Ethiopia to help us jack up an ordinary Mark 2 Escort to keep it running on its 500 mile journey, they are all about relationships with the car. It is our job as producers to take what might seem like ordinary cars or car questions that people can relate to and put them in extraordinary situations.