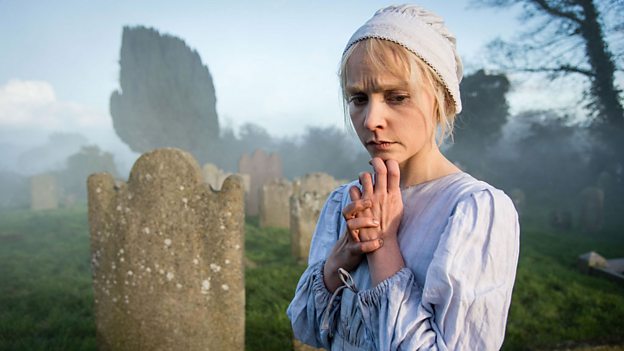 What attracted you to the role of Laura?

The novel is written in diary entries, mainly from the perspective of Marian and Walter. Laura is one of the few characters who is never given her own voice and we only see how she may think or feel through other people’s eyes. Much of the story is about how people manipulate her and I wanted to free her from being simply a cypher for other people’s stories and reveal a real person who feels deeply, and has her own mind. I was drawn to decoding this character through understanding her world, having grown up largely alone at Limmeridge House with an Uncle who locks himself away, no parents, and a half sister who spent many years growing up in France. She often seems removed because she is used to her own company - her world is very isolated, protected until now, but she meets Walter, who, like Marian, understands her and sees the world as she does through art and nature. She has found a kindred spirit and they open each other up and allow each other to blossom. These people make her shine and allow her to be who she naturally is with an unspoken understanding.

What’s it been like filming two roles (as both Laura and the Woman in White)?

It was really another huge draw to the project, to get the chance to explore both women, and is the first time the same actress has been used to play both. It was a gift, discovering their similarities and differences. Anne has had a polar opposite life to Laura though they are cut from a similar cloth. Anne is described as slow at learning, but this may have been for many reasons at the time that she never had help with. I found them to be linked through a kind of synesthesia - it is touched upon in the novel but is something Carl and I explored and wanted to bring out. Synesthesia heightens your senses and can often overwhelm the person experiencing it, as they are having a complete sensory overload. Even the light or touch from someone else can feel like a thousand sensations in one and cause pain, or anxiety, or discomfort as their body tries to deal with the overload, which is something I explored with Anne.

What about the difference between the visual appearances?

The hair and makeup designer Sian Wilson and the whole team were incredible at helping with the visual similarities and differences including dying my eyebrows, using fake teeth and cheek fillers. It would always feel strange on a day when I would do different scenes for each character, and seeing the crew's reaction to which one came out of the truck! Having bleached eyebrows on your days off is also an unusual experience!

How do you feel the females in the series are portrayed?

They are portrayed with integrity and with resilience and with a fullness, openness and strength that many of the men don’t see or are frightened of, or in the case of Walter, are drawn to because of these very qualities. They cannot be tamed or squashed, despite every effort. They surprise the men at every turn because they are continually underestimated. Each is very much an individual, even Laura and Anne: as much as people want to box them together for looking similar, their worlds and perspectives differ hugely. Marian and Laura draw strength from their love and admiration for one another and their belief in equality and free will.

Tell us about Laura’s relationship with her sister, Marian? How do they differ?

Our first introduction to the sisters is in Marian’s description to Walter of how different they are in looks and temperament and yet how they love each other dearly. Both of their parents have died and, apart from Laura’s Uncle, only truly have each other. Marian is Laura’s guiding star, she is her elder sister and looks to her for learning about the world. Marian has spent time in France and travelled and Laura has grown up at Limmeridge in relative isolation. Laura has an acute connection with nature and light and sound and Marian nurtures and allows these qualities to grow. They make Laura who she is and when she is denied these sensory experiences her world is dimmed and she cannot connect to it as she once did.

Throughout the story it is Marian who strengthens Laura. Laura loved her own parents so dearly that their dying wishes are ones she maintains, like wearing white or that she must marry Sir Percival. I had to believe in Laura's love and commitment to understand why she would go along with their plans for her future. Marian is without a dowry and Laura is trapped by hers - it is a ball and chain and not an empowering attribute to have money. In a world where social class and society rule, finding your freedom as a woman was extremely difficult and Marian’s refusal to play into that game is a constant source of inspiration and admiration for Laura.

Was it interesting to see how females like Laura were considered so unequal to males in regards to marriage?

I’d like to say it was interesting but it was saddening and unsurprising. These are views that are still maintained in many ways today and inequality as we know is still rife. Of course things have changed a lot and it’s important to acknowledge how far things have moved. But it is their resilience in the face of all this that is such an incredible part of the story. At that time, the men held the power in relation to money, in relation to the family unit, in relation to voting and having a voice. Laura is manipulated solely for her money. She is tied into a contract made by her father, her uncle and Sir Percival. She is unable to marry the man who opens her world and whom she loves. She has taken it as a given her whole life that this is her path solely because men have told her it is so. She is a transaction, her feelings do not come into it, and at a time when she is just discovering herself and her emotions towards love and desire, she has to quash them because as a woman at the time in her position, these are not feelings she is permitted to have. She must deny her feelings, and shut herself down just as she is discovering herself.

Did you read The Woman In White before reading the scripts?

Yes - it is a brilliant novel and I honestly couldn’t put it down! I’ve recommended it to lots of friends since who have felt the same. I’d read The Moonstone before but not The Woman In White and it was such a joy to discover. I love how it’s written in diary entries, and the fact that it is mainly from Marian’s perspective was so refreshing for a novel of that time. It also really adds to the intrigue hearing different accounts and versions of the story and with a diary entry you can really get into the characters’ headspace. I think our director Carl Tibbetts and director of photography Eben Bolter have done a brilliant job in visually bringing those elements to life.

Did you do any research into the treatment of females at that time?