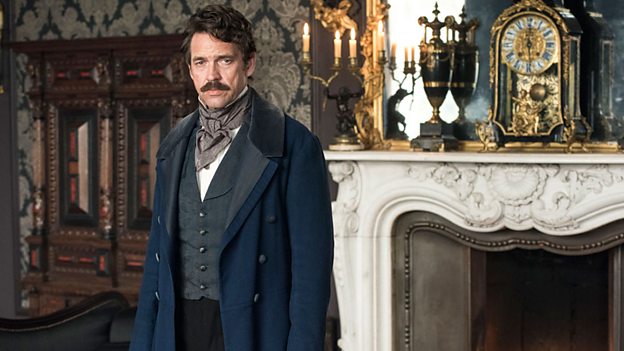 I always wanted to go deeper into his background and psyche and understand why someone would become desperate enough to commit such acts while also trying to maintain a certain status in society.Dougray Scott

What attracted you to the role of Sir Percival Glyde?

The complexity of the role attracted me. When I read the novel years ago, Sir Percival was the most interesting character. I’m always interested in why characters become how they become and how they manage to end up in their particular way. I think what you discover is that his relationship with his father is very instrumental. What he does is incredibly self-serving and selfish and driven by ego. I always wanted to go deeper into his background and psyche and understand why someone would become desperate enough to commit such acts while also trying to maintain a certain status in society which was a huge deal in those days - if he was found out he would be stripped of his title. Mostly, I was interested in his journey and madness. He is complex and the biggest thing is the shame he feels because he is not who people perceive him to be.

Did you enjoy filming in the stately homes in Northern Ireland?

Yes the locations were incredible, some of these places were amazing and unlike any I had seen before. They had the most magnificent architecture and views. Plus, I love Belfast, it is a great city!

Does he have initial romantic intentions with Laura?

I think he does. I think he wants to have someone to continue his lineage. There is an idea of combining the two and the financial implications of that. I believe he is a romantic, he has that idea of himself and he wants to be attractive to women in order to be married and have a normal life with children. But I also think he is very unhinged; the first part is him trying to keep the lid on who he is. He walks a very fine line between nice and charming and there’s an edge to that since that’s not who he truly is. He is who he is for a reason and he tries to hide the wounds of the past. Ultimately, he is playing against his past when he meets everyone for the first time.

What did you think of your Victorian costume?

I loved it and my boots! The costumes were amazing! Everyone loves to dress up. It took a long to time to get into them - there were so many layers involved. They were beautiful costumes but quite restrictive to movement!