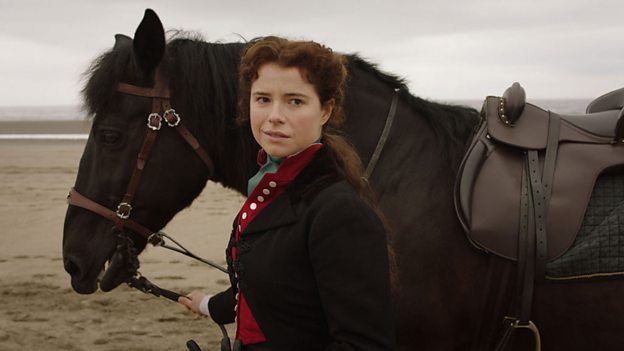 Marian was a bit punk. She went against the grain to challenge the boundaries of the ‘woman’s lot’ in order to live fully and live the life she felt was rightly theirs to live.Jessie Buckley

What attracted you to the role of Marian?

She is a woman who is undefined by her gender at a time when women were puppeteered by men to play a role in society as pious, pure, submissive, domestic dolls. But Marian was a bit punk. She went against the grain to challenge the boundaries of the ‘woman’s lot’ in order to live fully and live the life she felt was rightly theirs to live. She was a rebel and a Janis Joplin of the Victorian era.

Does Marian think she is doing the best for her sister Laura?

I think so, yes - she loves her with all her heart and ultimately is trying work out how to keep her sister safe and also enable her to be the woman she wants her to be. She wants to give her freedom but it’s not as easy as that in the Victorian world. It’s a tricky game of chess.

Had you previously read The Woman In White and what do you think of Wilkie Collins as a writer?

No never read it before but loved it! I think Wilkie Collins was a man ahead of his time, asking really important questions but also telling a really good and thrilling story. I’m a converted fan!

The Woman In White deals with the unequal position of married women at the time. What impact does this have on your character Marian?

It impacts everyone in this story. The men in this story have been given power by society purely for the fact that they are men! They are told they are the sole keepers of the key to the love and life of women. But when the foundations of their power is tested by these women - when Marian and Laura are brave enough to test the boundaries that they have been told they must exist in - you see that actually the foundations of the men’s power in love and marriage is weak. Love wins out and karma bites back even when the justice system can’t. I suppose Marian has to play a role which is against the norm and educate her mind to be ready to take a stand on what she believes is progressive for women in the future.

You previously described Marian as ‘the Janis Joplin of the Victorian times’. What did you learn from her?

To hold on to what you believe is just and right. That identity is powerful and that being different is badass!

What did you think of your Victorian costume?

I loved it and there was no corset! We had an amazing costume department who I think really made the characters and world come to life, as did the production designers. Some of the sets we stepped onto were mind blowing! God, people are so incredible. Honestly every time I go to work people blow me away with their imagination and talent in every department!

This story is incredibly topical considering what is currently in the news. Do you think the themes of The Woman In White are still present in today’s society?

Of course and I think it will continue to be topical for the rest of time. These topics don’t just have an end point. I would hope that by revisiting stories like The Woman In White, it will spark more conversations between men and woman and encourage us to take a step back and look at what needs to change NOW. A story like this and the bravery of these women has resonated with me with the #TimesUp movement and #MeToo campaign, and I hope will encourage us all to continue to fight for respect, equality, choice and freedom of voice for both women and men.