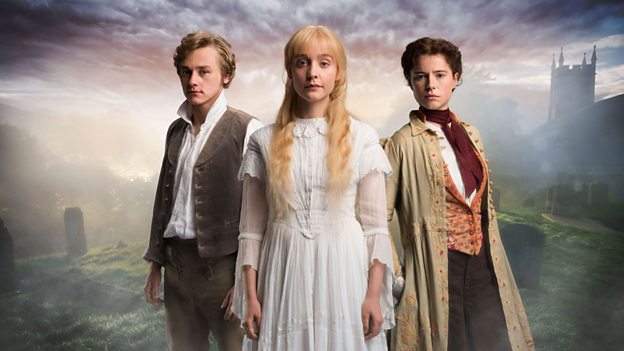 It’s a great classic thriller that explores the relationships between people, the manipulation of people and power as the ultimate prize.Fiona Seres, writer

Category: BBC One; Drama
After Walter Hartright encounters a ghostly woman dressed in all white on a moonlit road, he soon finds himself drawn into a mysterious and disturbing world.

Romance, suspense, and danger combine as secrets come to the fore in Wilkie Collins’ haunting tale of insanity and identity. Viewed by many as the first psychological thriller novel, The Woman In White will take viewers on a chilling ride down the shadowy paths and corridors of English country houses and ultimately into the depths of the Victorian madhouse.

Retaining the creepy atmosphere that has captured the imaginations of the book’s readers for over a century, The Woman In White still has as much to say to audiences today as it did in 1859, bringing a modern take to its striking female characters, charismatic formidable villains and gripping labyrinthine plot.

Produced by Origin Pictures for BBC One, The Woman In White is a bold new adaptation of Wilkie Collins’ psychological thriller, written by Fiona Seres and directed by Carl Tibbetts.

David M. Thompson is the executive producer for Origin Pictures and Mona Qureshi for the BBC. The Woman In White is a 5x60’ series for BBC One with Sarah Curtis serving as producer. Filming took place in Belfast and Northern Ireland in 2017. 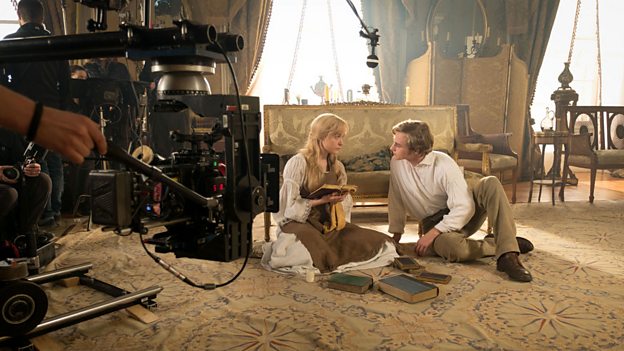 I was excited to adapt The Woman In White from the novel as it is such a brilliant psychological thriller. The perspective that it had on women felt different to other Victorian novels and I thought the intrigue behind the conspiracy to steal a woman’s inheritance was really interesting.

The Woman In White is a mystery and it was so important to me that this was translated from the book into the series. It’s a great classic thriller that explores the relationships between people, the manipulation of people and power as the ultimate prize. These are themes that still very much resonate in our society today. We’re still seeing the same structures of male/female and power/money relationships. The book also explores how people behave, how we’re driven to behave and when we step over the line. It’s so interesting to explore the psychology behind the characters and why they behave the way they do. Each of them have their own moral compass, even the minor characters. I wanted to bring out the ambiguity in human relationships by deciding what to reveal and when.

Marian Halcombe is this incredibly strong heroine who plays a pivotal role in solving the thriller and that was easy to translate for television. On the other hand, Laura, her sister, is quite a passive character in the novel, with no point of view, so it was great to find and develop her character and story and give her more of a protagonist role. I also wanted to capture the complex family relationships - sisters, mothers and sons, absent fathers. I come from a family of sisters and we’re all very close but our relationships are complex, so I wanted to portray those complexities through The Woman In White.

The Woman In White clearly has great resonance today in the way it focuses on men’s abusive control over women and their ruthless determination to use women for their own ends. The first ‘sensation novel’, it was controversial, shocking and ahead of its time.

The story delves quite deep into the world of sexual control and exploitation but above all it’s a really powerful mystery thriller, full of twists and turns. The novel is unashamedly a melodrama with many heightened aspects, but it also offers quite deep psychological insights, and we have aimed to combine these elements in the adaptation.

We have tried to approach the story in a modern, accessible way without making it feel anachronistic and untrue to its period roots. There are so many different elements to the book which we aimed to reflect in the adaptation. It’s a thriller which takes us to some quite dark places, but also a very romantic story which ultimately has an ending which is quite redemptive.

Wilkie Collins' rage about the injustices faced by women in Victorian Britain finds expression in a story that explores the dispossession of women through marriage and the compromises that are forced upon them. In a strangely contemporary twist, the story also explores the issue of identity, where it resides and what happens when it is misappropriated.

Collins’ heroine Marian Halcombe, who is for me the most inspiring element of the story, is a formidable woman. In a bold departure from convention she refuses to wear the constraining corset and crinoline. She lives life on her own terms and eventually proves more than equal to unpicking the web of conspiracy that is woven around her and her helpless sister Laura. In Jessie Buckley (nominated as a Screen Star of Tomorrow while we were shooting) we found the perfect Marian. She is strong minded, funny and intelligent and completely understood that the character has to be fierce and vulnerable at the same time.

Olivia Vinall (nominated as a Screen Star of Tomorrow at the same time) brings a complexity and delicacy to the character of Laura that is a perfect contrast to the feisty Marian. She is a wonderfully instinctive actress who throws herself completely into the part. The character of Laura is a little underdeveloped in the book, but Olivia brings a complexity and originality to her portrayal that makes you care hugely about her fate.

Northern Ireland proved to be the perfect place to film an ambitious period drama such as The Woman In White. The story takes us from Hampstead Heath to an elegant house in Cumbria and then takes a darker turn to Blackwater, a brooding Gothic house, climaxing in the terrifying reality of an insane asylum and the slums of London. We had a wide choice of grand houses, many of which, crucially, have been in the same family for many years and so have not been over-restored. The countryside outside Belfast is beautiful, unmarred by development or electricity poles, and its landscapes range from parklands and ancient forests to wide open beaches - everything that we needed to give the story the sweep and epic quality of the original novel.