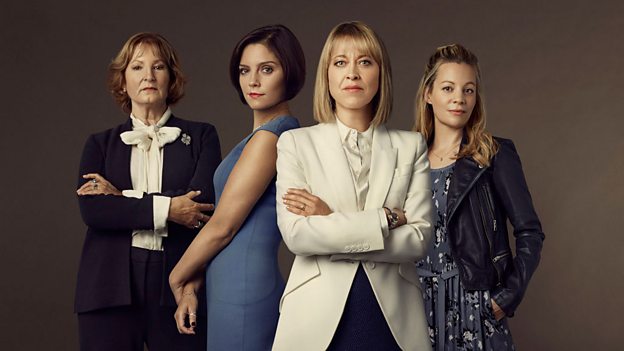 The Split isn’t a series about divorce. It’s a series about love, relationships and marriage, and the legacy of a split within family, the effect of which can be felt long after the painful goodbyes,” says Jane Featherstone, Executive Producer of The Split and Founder of Sister Pictures.

The four Defoe women are the indestructible nucleus around which their extended family orbit. The same could be said for the female-led creative team on The Split – Executive Producer Jane Featherstone, creator and writer Abi Morgan, director Jessica Hobbs, and producer Lucy Dyke – and the cast and crew on Sister Pictures’ first original production.

Filmed entirely on location in London, the divorce capital of the world, The Split offers a glimpse into a world that until now has only ever taken place behind closed doors, or been reduced to the splashy headlines often seen in high-profile, big money family law cases. Emmy award-winning creator and writer Abi Morgan has gone behind the sensationalism to reveal the raw emotion, where love is put under the microscope of the law, and divorce lawyers are relied on to remain professional when passions are running high.

“There will be something recognisable to everyone in this series, whether through the multi-generational Defoes – Ruth, Hannah, Nina and Rose, their husbands, exes, fiancés, boyfriends – or the stories encountered in the cases week by week,” continues Featherstone. “This is a series for anyone who has fallen in love, fallen out of love, or is still trying to understand what love is all about.”